Lance Naik Wani attained martyrdom after being seriously injured in an encounter in which six terrorists were also killed. 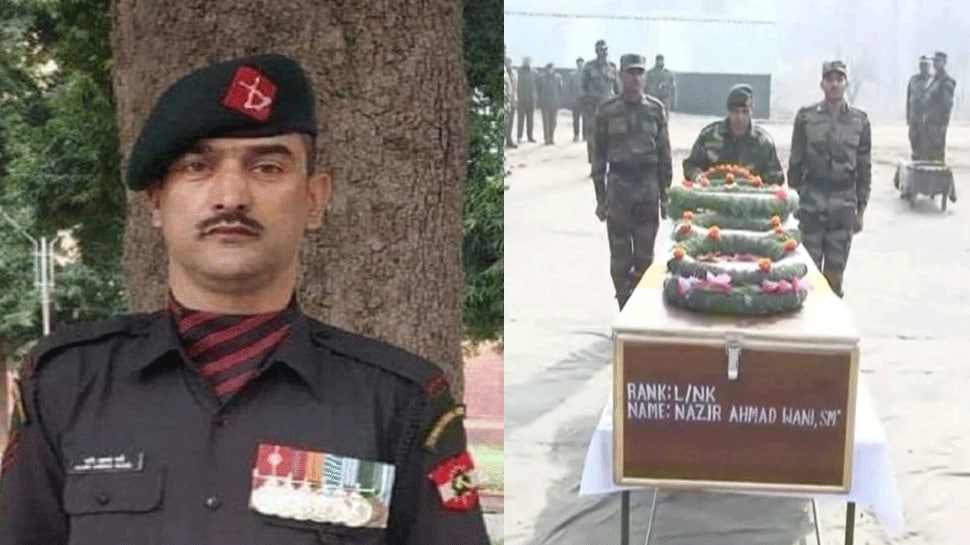 “Lance Naik Nazir Ahmad Wani exhibited the most conspicuous gallantry in personality eliminating two terrorists and assisting in the evacuation of his wounded colleagues and made supreme sacrifice in the highest traditions of the Indian Army,” a press release from the President’s Secretariat said.

It is to be noted that Wani was once a terrorist hismelf but he surrendered before the Army and became involved in counter-insurgency operations to wipe out terrorism from the Kashmir Valley.

Wani started his career in Indian Army in 2004 with Territorial Army’s 162 Battalion in 2004. He was since involved in counter-insurgency operations being carried out by the Army in parts of Kashmir before his unfortunate demise in November 2018. A resident of Kulgam, Wani also won the prestigious Sena Medal twice.

Lance Naik Wani attained martyrdom after being seriously injured in an encounter in which six terrorists were also killed.

Wani is survived by a wife and two children aged 20 and 18 years.