Earlier on Thursday, security forces busted three hideouts of terrorists in Awantipora in south Kashmir's Pulwama district during a raid conducted by Jammu and Kashmir Police along with Army's 50 Rashtriya Rifles (RR) and 130 Battalion of CRPF. 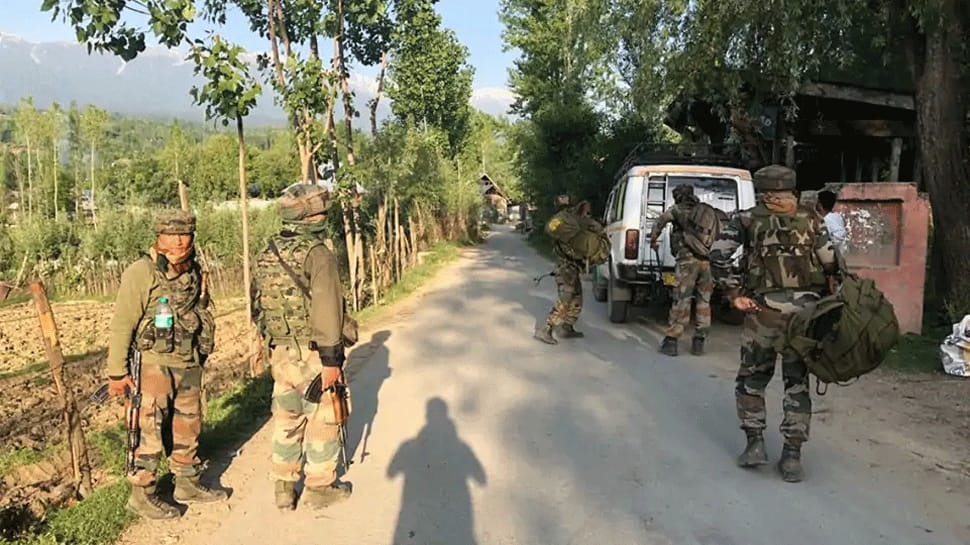 NOWGAM: At least two police personnel were killed and one injured after unidentified terrorists attacked a police party and fired indiscriminately in Nowgam in Jammu and Kashmir's Anantnag district on Friday (August 14). The attack comes a day ahead of Independence Day.

Security forces immediately cordoned off the area after the incident and launched a search operation to nab the terrorists.

"Two terrorists came and started firing on police personnel in which two cops were killed and one suffered injuries. We have cordoned off the whole area. Prima facie, it seems there is a hand of Jaish-e-Mohammad. We are identifying it," Kumar was quoted by ANI.

"We received many inputs. We got an input that terrorists can strike in any area. Our police were on alert. One of the terrorists was hiding behind and started firing. We have identified him. He is from the JeM group. We will neutralise him soon. There was people's movement in the area. That's why police personnel could not fire as it would have resulted in civilian casualties," he said.

Earlier on August 13, security forces busted hideouts of terrorists in Awantipora in south Kashmir's Pulwama district during a raid conducted by Jammu and Kashmir Police along with Army's 50 Rashtriya Rifles (RR) and 130 Battalion of CRPF.

The terrorist hideout was busted by security forces during cordon and search operation in Barsoo village of Awantipora. A police officer told Zee News that “search operation is being carried out by a joint team of Jammu and Kashmir Police and Army”.

Based on the credible input at about presence of terrorists of proscribed outfit Lashkar-e-Taiba in the forest area of Badroo Barsoo, Awantipora police along with 50RR and 130 BN CRPF launched a search in the said forest area.

On August 7, security forces had busted a terrorist hideout in the Shashitar forested area in the Poonch district of Jammu and Kashmir.