That's the difference between ours and Congress' DNA: Gadkari replies to Rahul's 'compliment'

The Congress chief's remarks came following Gadkari's remarks that 'one who cannot take care of home, cannot manage the country'. 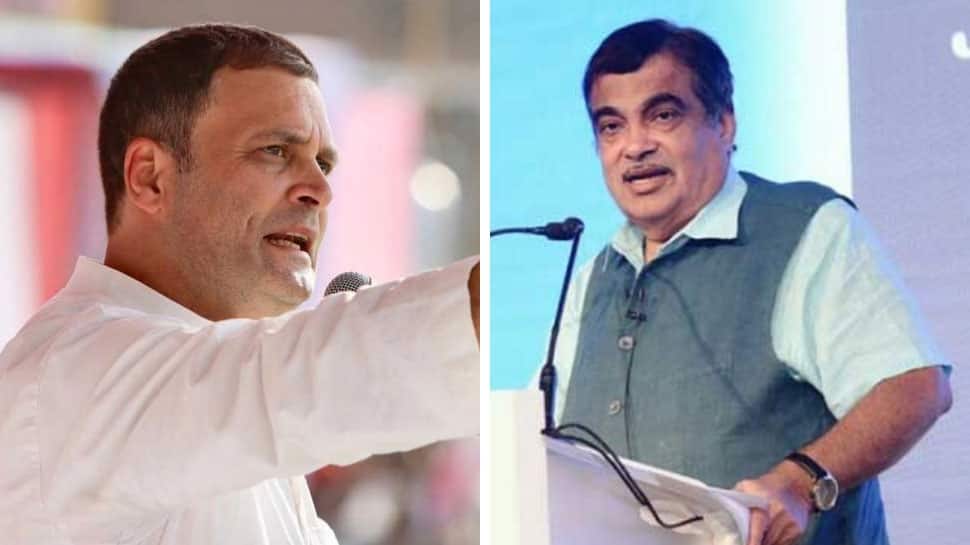 New Delhi: Union Minister Nitin Gadkari on Monday came down heavily on Congress president Rahul Gandhi over his left-handed compliment on Twitter. In a reply to the Congress chief, Gadkari said that the Narendra Modi government dealt with the Rafale deal in the most transparent way, keeping the nation's interest on focus. the most transparent manner, keeping the nation’s interest on focus.

"This is the success of Modi ji and our government that you have to find shoulders to attack. Our government has dealt with the issue of Rafale in the most transparent way by keeping the country's interest in mind," the union minister said.

He added, "Modi ji is making honest efforts to get the farmers out of the worst situation that they were under the policies of the former government and we have come a long way. Some people, including you, are not being able to bear the presence of Prime Minister, therefore so you dream of intolerance and attack on constitutional institutions."

Lashing out at the Gandhi scion, Gadkari further said, "That’s the difference between the DNA of us and the Congress that we believe in democracy and constitutional institutions. Your tricks are not working. Modi ji will again be elected as the prime minister and we will take forward the nation will full strength. But, in future, I expect you to behave wisely and responsibly."

Earlier in the day, Rahul Gandhi tweeted saying that Nitin Gadkari is the only one in the BJP who has the guts and asked him to comment on the Rafale deal, job crisis, 'farmers distress and destruction of institutions'.

The Congress chief's remarks came following Gadkari's remarks that 'one who cannot take care of home, cannot manage the country'.

The union minister hit back at Gandhi, saying he does not need a certificate from Gandhi on his courage and alleged that the Congress chief is taking the help of reports 'twisted' by the media to attack his government.

The Congress president cited a report quoting Gadkari as saying that party workers should first fulfil their domestic responsibilities as 'those who cannot do that cannot manage the country'.

"Gadkari Ji, compliments. You are the only one in the BJP with some guts. Please also comment on: The Rafale scam and Anil Ambani, farmers' distress and destruction of institutions," Rahul Gandhi had tweeted and tagged with it the report on Gadkari's comments.

The Union minister had made the remarks on Saturday while addressing former workers of the Akhil Bharatiya Vidyarthi Parishad (ABVP), the BJP's student wing, in Nagpur.

Gadkari took to Twitter to reply to the Congress chief.

"Rahul Gandhi ji, I do not need a certificate from you on my courage, but it is a matter of surprise that even after being the president of a national party you have to take the help of news twisted by the media to attack our government," Gadkari tweeted.