It was on September 10, 1965 when Abdul Hamid displayed exemplary valour and courage and took on the Pakistani troops  dealing a major blow to them. 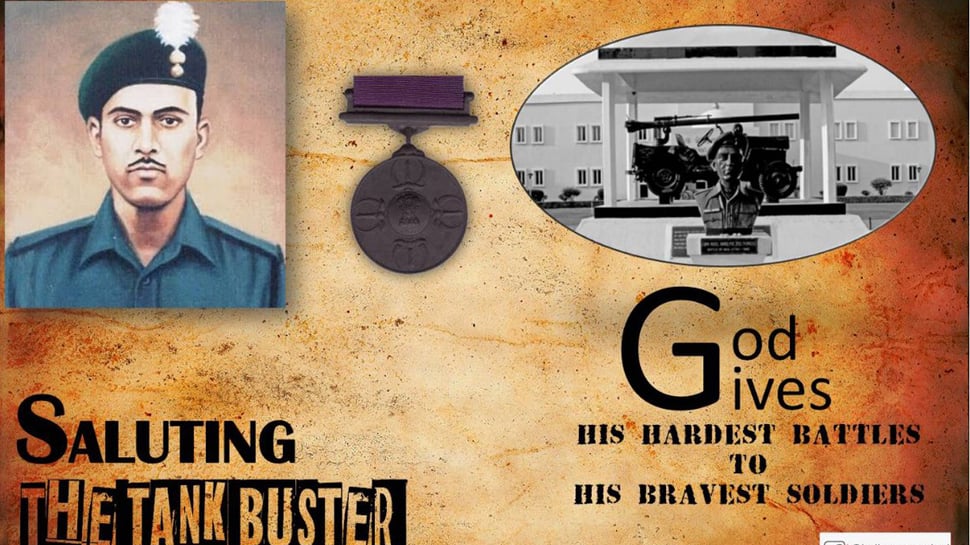 The Indian Army on Tuesday paid rich tributes to one of its braveheart martyrs, Company Quarter Master Havildar Abdul Hamid, who was posthumously awarded the Param Vir Chakra. It was on September 10, 1965 when Abdul Hamid displayed exemplary valour and courage and took on the Pakistani troops  dealing a major blow to them.

Remembering CQMH Hamid, the Additional Directorate General of Public Information of Indian Army posted a tweet saying that the bravery shown by CQMH Abdul Hamid should be written in golden words. The tweet added that Hamid destroyed many enemy tanks with his recoilless gun during 1965 War with Pakistan and his brave act will keep on inspiring the Indian Army.

On September 10, 1965, the Pakistani forces launched an attack with a Regiment of Patton tanks on a vital area near Chima village on Bhikhiwind road in the Khemkaran sector. The enemy tacks managed to penetrate the forward positions by taking cover under heavy artillery shelling by Pakistani troops.

CQMH was commanding a recoilless gun detachment on the front and he took no time in moving out to a flanking position and decided to challenge the enemy with his gun mounted on a jeep. CQMH Hamid took on the enemy forces under intense enemy shelling and tank fire. He knocked out the leading enemy tank and then swiftly changing his position, he sent another enemy tank up in flames. By this time the enemy tanks in the area spotted him and brought his jeep, under concentrated machine gun and high explosive fire.

The relentless attack by Pakistani forces failed to shake CQMH Hamid's determination and he kept on firing on yet another enemy tank from his recoilless gun. CQMH Hamid sustained serious injuries by a high explosive shell but he fought till the end. CQMH Hamid made the supreme sacrifice for motherland but not before destroying seven tanks of Pakistan army.

His brave action inspired his comrades to put up a gallant fight and to beat back the heavy tank assault by the enemy. His complete disregard of his personal safety during the operation and his sustained act of bravery in the face of constant enemy fire were a shining example not only to his Unit but to the whole Division and were in the highest traditions of the Indian Army.

During the battle, which is now known as the 'Battle of Asal Uttar', the Indian Army succeeded in decimating Pakistan's 1st Armoured Division and created a 'Graveyard of tanks', so much so that the area came to be known as Patton Nagar – given the presence of a large number of abandoned Patton tanks.