The Jungle Book of Gujarat: Lioness adopts leopard cub, treats it as its own in Gir forest

The incident comes as a surprise as lions and leopards are known to be arch enemies and attack each other if they face one another. 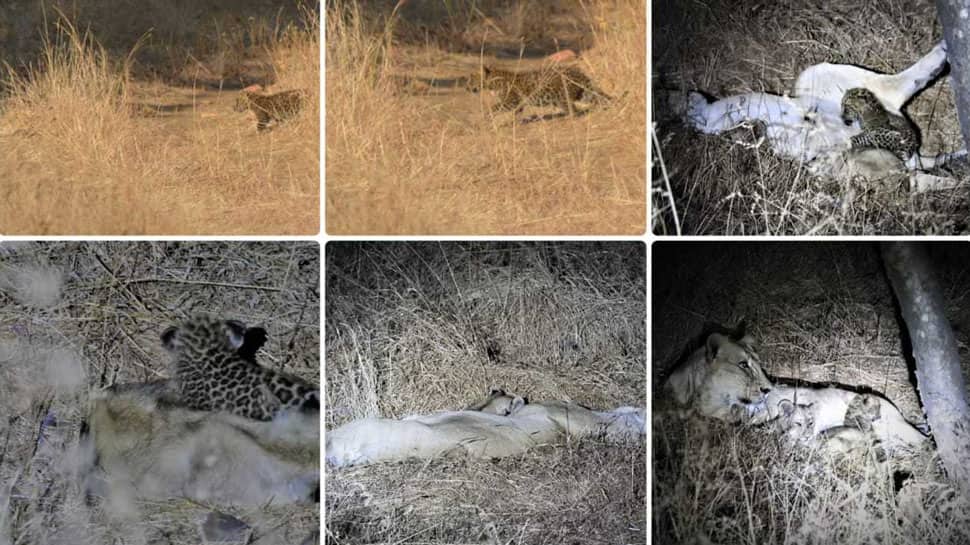 In a rare incident, a lioness was spotted nursing a leopard cub, along with her two cubs, in the western area of the Gir forest in Gujarat's Junagarh district.

The incident comes as a surprise as lions and leopards are known to be arch enemies and attack each other if they face one another.

The Deputy Conservator of Forests, Gir (West) Forest Division Dr Dheeraj Mittal explained though the officials had no idea on the developments that led to this, but the leopard cub has been with the lioness for several days now.

It seemed the lioness has adopted the cub as it was taking care of the cub, feeding it, and protecting it from other wild animals. The lioness took the leopard cub to drink water and it also played with her own cubs.

Mittal compared this incident to that of The Jungle Book where a human child, named 'Mowgli', is adopted by a wolf, 'Raksha', and brought up like her own child. Following this pattern, the forest officials has named the lioness as 'Raksha' and the leopard cub as 'Mowgli'.

The official also said that the forest staff has been keeping an eye on the behaviour of the lioness. He added that this incident speaks of the strong maternal instincts in animals.

Fights take place between the lions and leopards and in most cases it results in the death of the leopard.

Gir forest is the only jungle of the world in which the Asiatic lions are found, where there are over 600 lions and the leopards' number are double.