Those who can't win war against us try to challenge our unity: PM Modi on Sardar Patel's birth anniversary

Recalling Sardar Patel's mantra for unity, PM Modi said the people followed him as the sense of unity was imbibed in them. He added that after Chanakya if any person could unite Indians it was the 'Iron Man'. He added that the British had intended to tear apart the country. 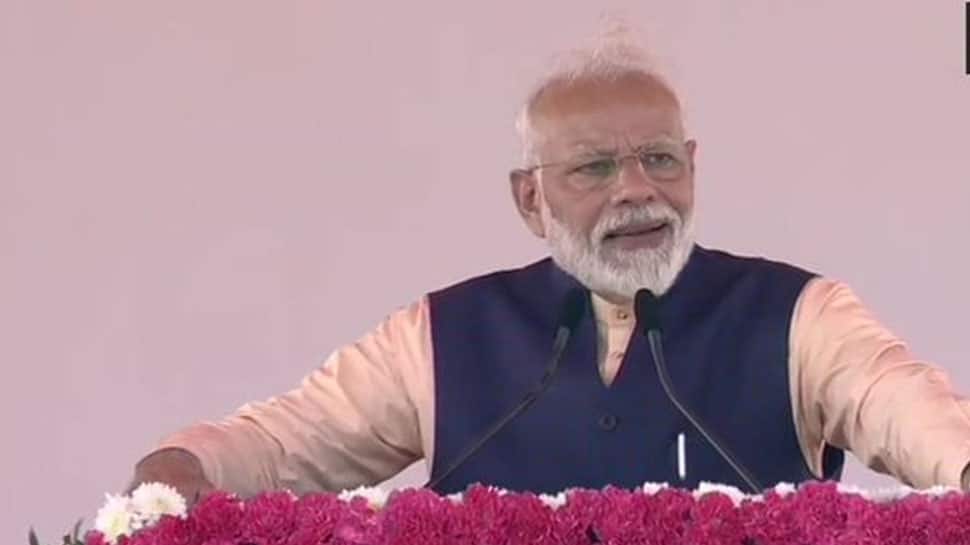 Unity in diversity is the pride and identity of India said Prime Minister Narendra Modi on Thursday after paying tribute to Sardar Vallabhbhai Patel at the 'Statue of Unity' in Gujarat's Kevadiya to mark his 144th birth anniversary. He stated that India celebrates diversity as Indians see the strength of the underlying unity instead of the contradiction in diversity.

"Celebration of diversity gives a touch of hidden unity in it and brings it out. When we take pride in different languages ​​and hundreds of dialects of the country, there is a bond of emotion," said PM Modi.

Recalling Sardar Patel's mantra for unity, PM Modi said the people followed him as the sense of unity was imbibed in them. He added that after Chanakya if any person could unite Indians it was the 'Iron Man'. He added that the British had intended to tear apart the country. The PM reiterated, "Unity in diversity is our identity and our power. The world listens seriously to India. India is making a place among the world's big economic forces."

"The true strength behind us is unity of the country, movement of the countrymen, effort, and hard work. The world finds this diversity our magic, but it is an imbibed in us," PM Modi added.

The unity of India in the 21st century is the biggest challenge that the opponents of India are facing, asserted PM Modi

"Those who cannot win a war against us, they try to pierce our unity and challenge the spirit of unity. But they forget that despite centuries of effort, nobody could erase us," said PM Modi.

He added that India has the power to give befitting replies to these forces and have time and again proven it. "We have to succeed in every test," he further said.

Speaking on the abrogation of Article 370 in Jammu and Kashmir, he said that this step was taken to defeat the forces of terrorism. The special status had only given rise to terrorism and separatism and nothing else. "For three decades, terrorism took the life of 40 thousand people. Till when will the country witness the deaths of the innocent people. Article 370 had built a permanent wall which was increasing separatism and terrorism in Kashmir."