The `Mahadev Shiva Kalash Yatra` was organized here by the Hindu Sabhya Samaj on Sunday for the devotees who could not offer prayers at Baidyanath Temple in Jharkhand. 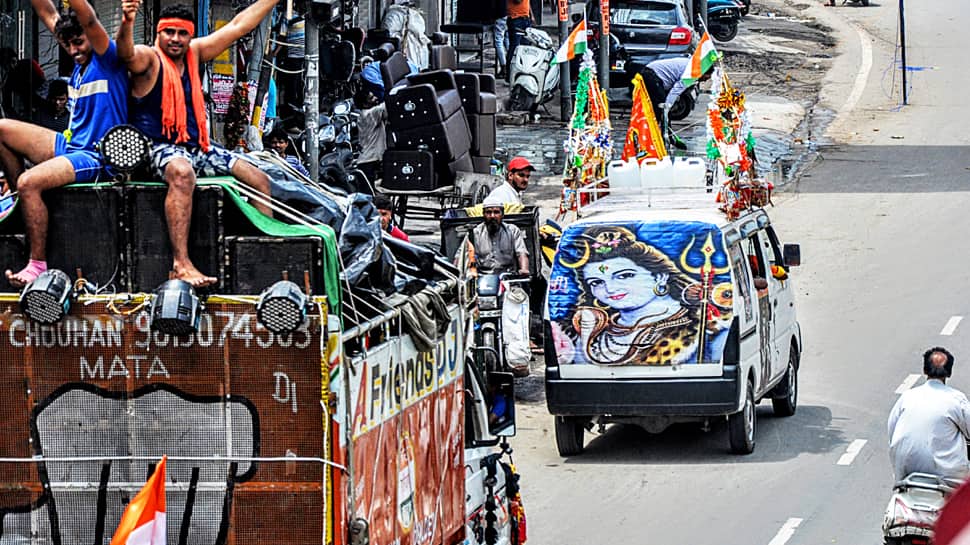 Siliguri: The `Mahadev Shiva Kalash Yatra` was organized here by the Hindu Sabhya Samaj on Sunday for the devotees who could not offer prayers at Baidyanath Temple in Jharkhand.

"We wanted to protect and popularise the Hindu religion. Thousands of people are taking part in this event which will conclude at Charmuni temples which is almost 300 years old. We brought Gangajal from Kashi Vishwanath for this particular day," Aditya Soni, Chairman of the Hindu Sabhya Samaj told ANI here.

Devotees who participated in the event said they were happy and satisfied with the arrangements made by the organisation and said it was a great opportunity for the people who could not take part in the Kanwar Yatra to Baidynath Dham in Deoghar.

"The people who cannot go to Baidynath Dham for some reasons can take part in this event and earn the blessings of the Lord. The arrangements are quite ample here," Poorna Mishra, a devotee, said.

The Kanwar Yatra is an annual pilgrimage of Lord Shiva`s devotees. Every year, around this time of the year, scores of these devotees from across India, often wearing orange-coloured clothes with decorated pots on their shoulders, undertake the pilgrimage, called Kanwar Yatra, on foot during Saavan- a month in the Hindu calendar.

These pilgrims, majority of who are young men, visit Haridwar, Gaumukh, and Gangotri in Uttarakhand and Sultanganj in Bihar to fetch waters of River Ganga. Later, the holy water is dispensed as offerings to Lord Shiva in temples.