Despite the joint operation by India and the Myanmar Army in March against the insurgent group, Arakan Army, the danger on the Kalanan transit project is not over yet. 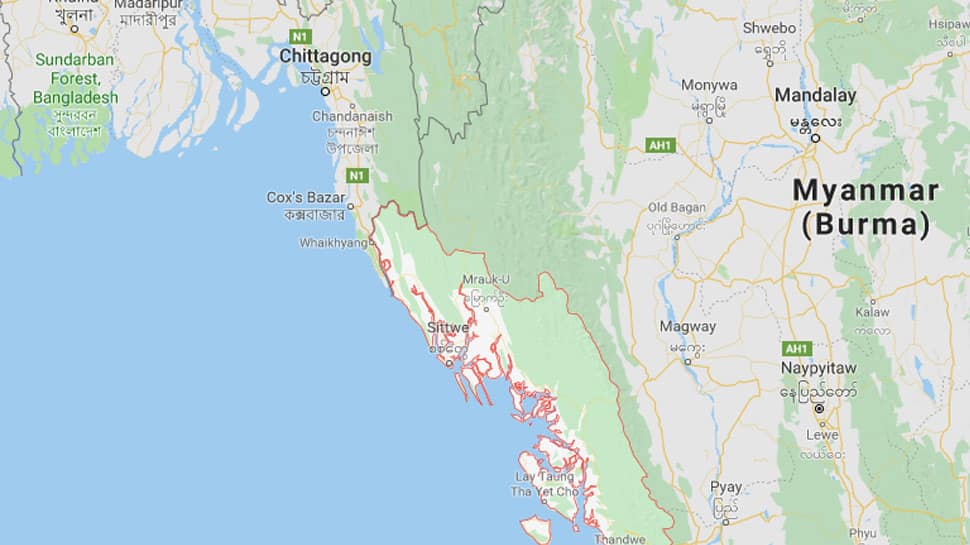 Despite the joint operation by India and the Myanmar Army in March against the insurgent group, Arakan Army, the danger on the Kalanan transit project is not over yet.

According to a report, the Arakan Army has claimed that it killed 45 Burmese soldiers in retaliatory action against the Myanmar Army. According to the report of Indian intelligence agencies, Myanmar Army wants to impose an emergency in the whole Rakhine state so major operation can be launched against the Arakan Army. The report also suggests that Arakan Army also targeted a vessel carrying raw materials for Kaladan Project and destroyed it.

''The Arakan Army is getting help from abroad. They are getting arms and explosive training to launch massive attack on Myanmar Army. Its very tough situation for the Burmese Army, on one hand they are fighting against  Arakan Rohingya Salvation Army (ARSA) and there is another big challenge to fight against Arakan Army,'' according to an official attached to the Defence Ministry of India.

The Indian Army has also carried out operation between February 17-March 2, on its own area along the Indo-Myanmar border. It is said to have destroyed almost 12 camps of insurgent groups. But in spite of these operations threat still looms large on the Kaladan Project.

As per Indian Army sources, the soldiers didn't cross the Myanmar border and carried out operation against the Arakan Army in its own area.

The operation was done in the area of south Mizoram and the Army had described it as a great success. But on the ground, the situation is still the same and the Myanmar Army is expecting more help from India so Kalanan Project can be secured fully.

''The Arakan Army had attacked a Burmese vessel carrying 300 steel frames for the Paletwa Bridgea and abducted the entire crew but they were later released. The vessel had sailed from Yangon to Paletwa. The Arakan Army is conspiring to launch more such lethal attacks,'' said a security officer working in Indian security establishment.

The Kaladan multi-modal transit transport project is being viewed as India's gateway to the Southeast Asia. India entered into a framework agreement with Myanmar in April, 2008, to facilitate implementation of the project. On completion, the project will help connect Mizoram with the Sittwe Port in Rakhine State of Myanmar. On the Indian side, work is on to extend the Aizawl-Saiha National Highway by 90 km to the international border at Zorinpui.

Monsoon likely to be below normal this year: Skymet