On Tuesday she entered her in-law's house in Malappuram district of the state after the court allowed her to stay there. 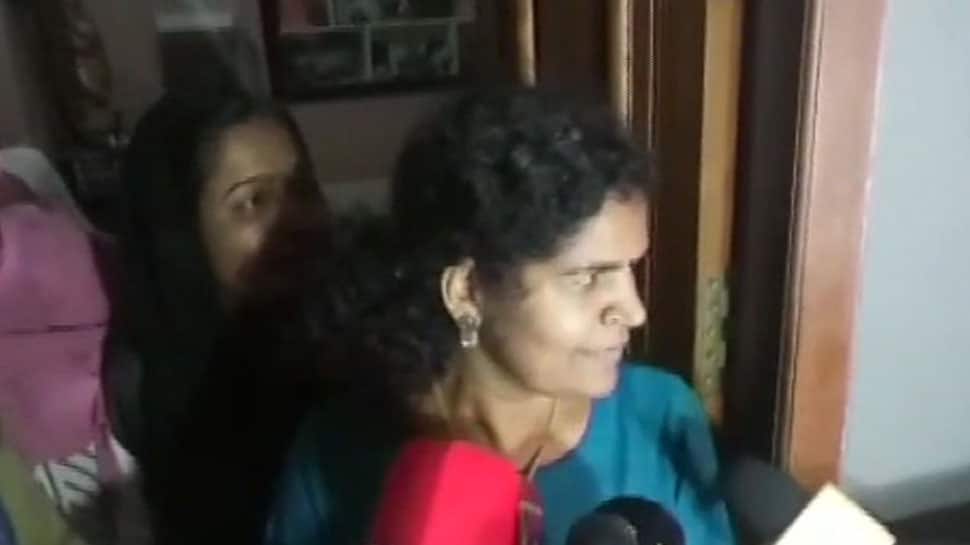 Armed with a local court order, Kanakadurga, the woman whose in-laws had thrown her out for defying religious customs and entering the Sabarimala Temple returned to her husband's home.

She was earlier assaulted by her mother-in-law for entering the shrine after the apex court had lifted the ban on entry of girls and women between 10 and 50 years of age into the shrine of Lord Ayyappa, its eternally celibate deity.

On Tuesday she entered her in-law's house in Malappuram district of the state after the court allowed her to stay there.

Speaking on the new step, she expressed her happiness but regretted that she couldn't meet her children.

Hailing from Kerala, Kanaka Durga said, "I got the court order and I could enter my house. I'm happy. I could not see my children today, but I hope I can see them next time. I don't have any difficulty to stay with them, they are not ready to stay with me. Everything will be solved."

On January 2, Kanakadurga (44) trekked the hill escorted by police and offered prayers, setting off widespread violence across the state.

The state witnessed unprecedented violence during a hartal called against the entry of women into the temple, with houses of both CPI(M) and BJP leaders being attacked.

A Samiti activist died in stone-pelting during the protest march at Pandalam, a place associated with Sabarimala, and a couple of CPI(M) activists were arrested in this regard.

The state government filed an affidavit in the apex court, stating 51 young women had entered the temple during the season. However, it came to light that most of the names in the list were either above the traditionally barred age group or some were not women.

All major political parties in the state including the CPI(M), Congress and the BJP have indicated that they will try to cash in on the Sabarimala issue in the general elections.

She alongwith three other women have also moved the court seeking to intervene as parties in support of its September's historic judgment.