The comments came as part of the joint statement between India and Argentina during the ongoing three-day visit of Argentine President Mauricio Macri to India. 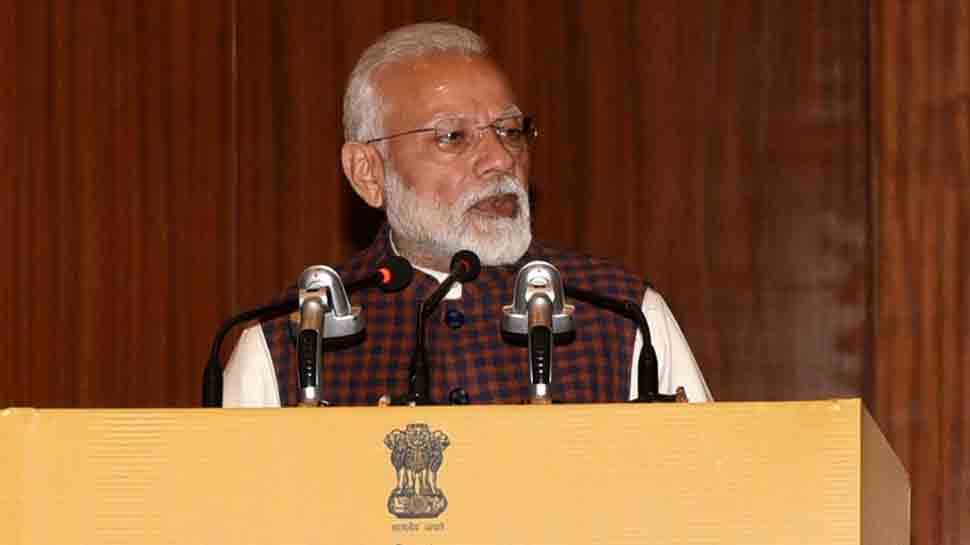 New Delhi: Prime Minister Narendra Modi on Monday said the time for talks has passed and called on world leaders for united action against terrorism and its supporters.

The comments came as part of the joint statement between India and Argentina during the ongoing three-day visit of Argentine President Mauricio Macri to India.

"President Macri and I agree that terrorism is a huge threat for global peace & stability. Brutal terrorist attack in Pulwama (Jammu and Kashmir) proves that time for talks has passed. Now the entire world needs to unite against terrorism and its supporters to take strong actions," Prime Minister Modi outlined said on February 18.

"Hesitating from taking actions against terrorists is also kind of encouraging terrorism. Being a part of G20 countries, it`s also important that we implement 11 point agenda of Hamburg Leaders Statement. India and Argentina will issue a special declaration on terrorism today," he further stated.

President Macri, while condemning the attack, extended its support to India in the fight against terrorism. "I would like to convey my condolences to the victims of the cruel attack (Pulwama) perpetrated just a few days ago. We condemn every kind of terrorist attack. I am truly pleased to be able to work together to fight this scourge on mankind," Macri also said.

The Prime Minister`s statement comes after 40 CRPF personnel lost their lives following a terrorist attack on their convoy in Jammu and Kashmir`s Pulwama last week. Pakistan-based and backed terror outfit, Jaish-e-Mohammed (JeM), had claimed responsibility for the attack.

The international community since has united in its condemnation of terrorism following the attack, with the USA telling Pakistan to stop providing a safe haven and support to terrorist organisations.India had earlier called its High Commissioner to Pakistan, Ajay Bisaria, to Delhi for consultations after the attack.

Foreign Secretary Vijay Gokhale had also summoned Pakistan`s High Commissioner to India, Sohail Mahmood, to lodge a strong demarche in connection with the dastardly attack, conveying that Pakistan must take immediate and verifiable action against JeM.

Pakistan has since rejected all allegations, going as far as calling Mahmood back to Islamabad "for consultations" on February 18.