Timeline of Kulbhushan Jadhav case at International Court of Justice

The International Court of Justice (ICJ) in Hague will on Wednesday give its verdict on the fate of 49-year-old Kulbhushan Jadhav, a retired Indian Navy officer, who was awarded death penalty by a Pakistani military court in April 2017 on charges of "espionage and terrorism" after a closed trial. 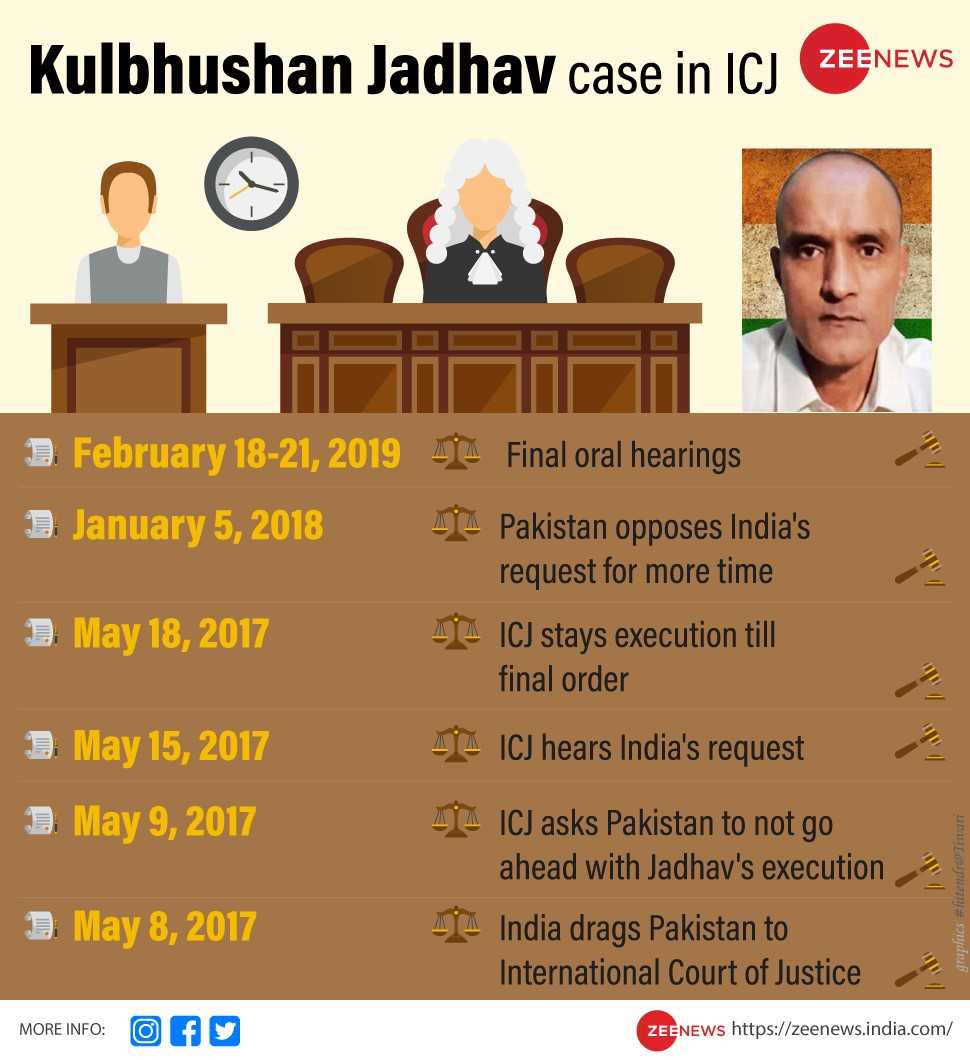 Here is a timeline of the Kulbhushan Jadhav case at the ICJ:

17 July 2019: ICJ gave its judgement in the case and held Pakistan guilty of breaking Vienna Convention in Kulbhushan Jadhav's case. The ICJ also suspended the death sentence awarded to Jadhav by a Pakistani military court in 2017. The ICJ in Hague has also ordered Pakistan to grant consular access to Jadhav.

17 July 2018: Pakistan files its Rejoinder (2nd round of written pleadings)

17 April 2018: India files its Reply in the Court (2nd round of written pleadings)

17 January 2018: Court accepts India’s request and gives time of 3 months each to India and Pakistan to file 2nd round of written pleadings

13 September 2017: India files its Memorial (first round of written pleadings)

9 May 2017: ICJ sent an urgent communication to Pakistan PM, and called upon Pakistan, to act in such a way, pending Court’s decision on India’s Request for Provisional Measures (stay order) as will enable any Order the Court may make on this Request
to have its appropriate effects.

8 May 2017: India instituted proceedings in the International Court of Justice against Pakistan for egregious violation of the Vienna Convention on Consular Relations, 1963
ii. India asked ICJ to issue ‘Provisional Measures’;
iii. India asked Court to issue immediate instructions to Pakistan to not take any action on the sentence awarded to Jadhav till India’s request for Provisional Measures was considered.