Tirumala Tirupati Devasthanam board clears proposal for Lord Balaji temple in J&K, UP

In yet another important development, perhaps for the first time in the history of TTD, the Board resolved to file a criminal defamation suit against a local paper for Rs 100 crore for publishing "false news''. 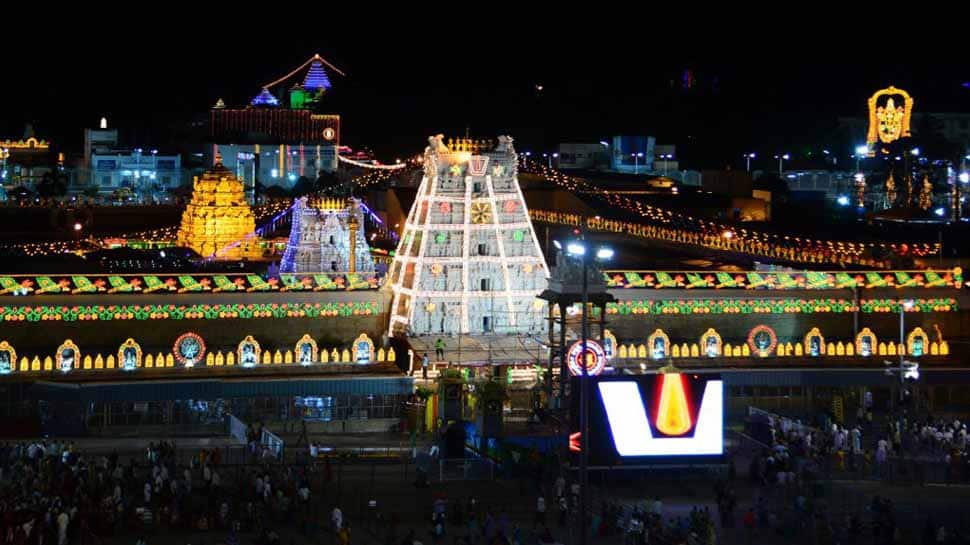 The TTD Board meeting was held at Annamayya Bhavan in Tirumala,
Share:
Written By:

In the TTD Board meeting which was held at Annamayya Bhavan in Tirumala, Chairman of the board YV Subba Reddy made the announcement. "Both the governments of Jammu & Kashmir and Uttar Pradesh gave us proposals requesting to construct Lord's temple wherein appropriate lands will be provided by the respective states,'' the chairman said.

The revenue and offerings (Hundi) estimates have also been revised during the meeting. While the estimated budget for the financial year 2019-20 was Rs 3116.25 crores, the revised estimate stood at Rs 3,243.19 crores. The revenue through Srivari Hundi (offerings - daan peti) was estimated at Rs 1231 crores, the revised estimate is pegged at Rs 1285 crores. Similarly, revenue through prasadam receipts is recorded at Rs 330 crores as against the estimated amount of Rs 270 crores.

(With inputs from DM Seshagiri)