Monika Bhardwaj rushed to plead before the people to stop violence but the group charged at her and a few other constables present at the spot. They encircled the cops and roughed them up. 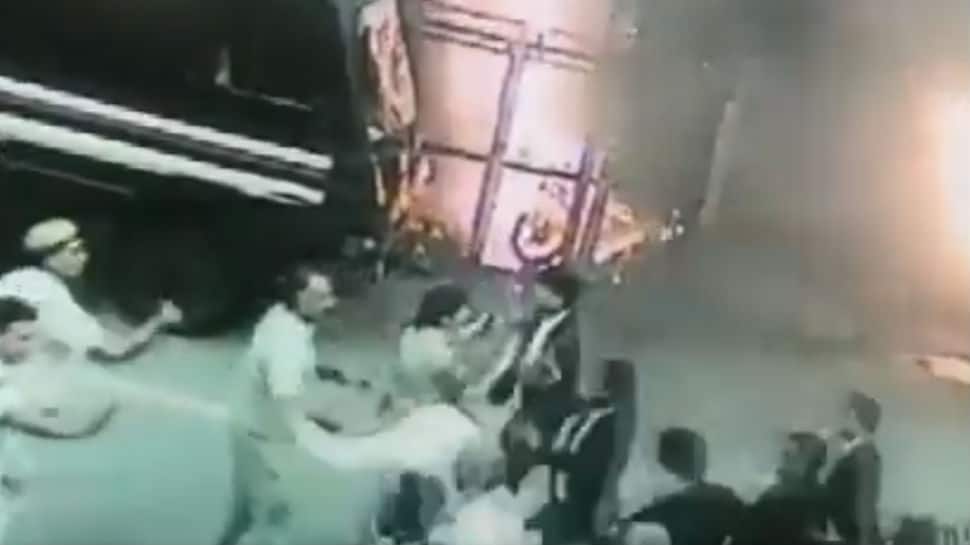 Bhardwaj rushed to plead before the people to stop the violence but the group charged at her and a few other constables present at the spot. They encircled the cops and roughed them up.

National Commission for Women (NCW) chairperson Rekha Sharma has strongly condemned the act while stating that suo moto action will be taken.

A minor argument between a lawyer and some policemen over parking at the Tis Hazari court complex on Saturday snowballed into a major controversy leading to violence and arson. As many as eight lawyers and about 20 policemen including Additional Deputy Commissioner of Police (North) and two Station House Officers (SHOs) sustained injuries in the clash.

After the Delhi Police recently submitted a report to the Ministry of Home Affairs on the violence, a five-minute audiotape of a policeman, who was seriously injured in the clash, revealed that Bhardwaj was allegedly abused and roughed up by the lawyers and a desperate attempt was made to snatch away her Personal Security Officer's (PSO) service revolver.

While the PSO was thrashed with iron chains and lay unconscious on the floor, Bhardwaj broke down on Sunday and wept for quite some time, the audio clip revealed, news agency IANS reported.

Two days after the Tis Hazari violence, another Delhi Police constable was beaten up by lawyers at the Karkardooma Court and they also misbehaved with a woman journalist. On the same day, lawyers thrashed an on-duty cop outside the Saket Court.

Following which, a group of Delhi Police personnel and their families staged a protest outside the police headquarters. Hundreds of police personnel, seen in uniform and wearing a black band to condemn the attacks on their rank by a group of lawyers, gathered at the Police Headquarters (PHQ) to hold a 'silent' protest.