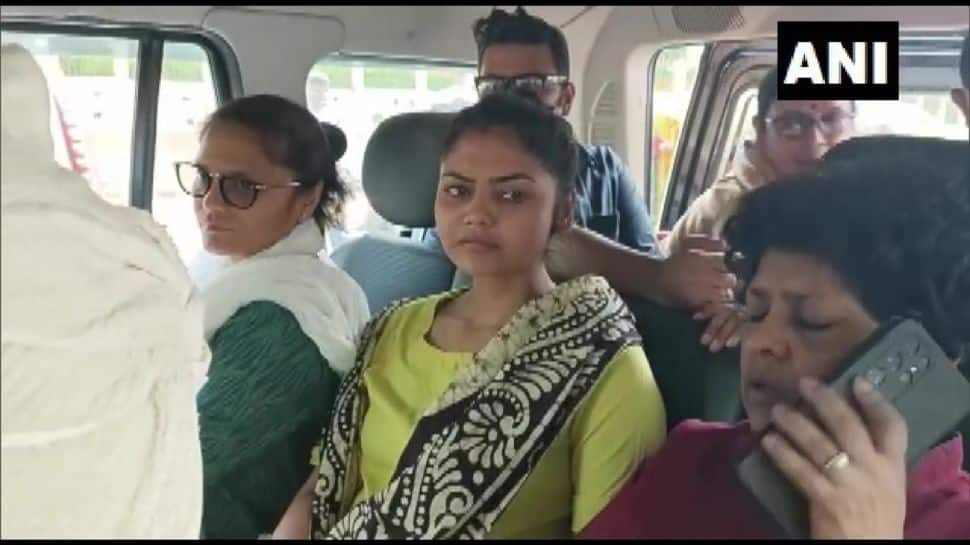 Ghosh, the youth unit president of TMC West Bengal, was arrested after being called in for questioning in a police station in the state capital Agartala.

The development took place a day before a planned visit by the TMC's national general secretary Abhishek Banerjee to the North-eastern state.

Sub-divisional Police Officer (Sadar) Ramesh Yadav said Ghosh was arrested under IPC Sections 307 (attempt to murder) and 153A (promoting disharmony between two groups) for her comments against the chief minister.

Yadav said some persons who were with her allegedly threw stones at a street corner meeting which was being addressed by the chief minister.

A police official, who did not want to be named, said a BJP worker lodged a complaint alleging that Ghosh had reached the spot where the meeting was being held and shouted "Khela hobey? (game will happen) and claimed that there were not even 50 people in the gathering.

"Khela hobey" is a slogan used by the TMC during the assembly election in West Bengal held in March-April this year.

Ghosh was earlier detained for questioning in a police station and arrested later.

TMC leaders alleged that their workers were also roughed up by BJP supporters outside the East Agartala Women's police station, a charge denied by the saffron party.

Abhishek Banerjee in a tweet accused the BJP government in the North-eastern state of disregarding Supreme Court orders on the rights of political parties to hold peaceful programmes.

"@BjpBiplab has become so UNABASHEDLY BRAZEN that now even SUPREME COURT ORDERS DOESN'T SEEM TO BOTHER HIM.

"He has repeatedly sent goons to attack our supporters & our female candidates instead of ensuring their safety! DEMOCRACY BEING MOCKED under @BJP4Tripura," Banerjee said in the Twitter post, attaching a video of the alleged attack of Sunday morning.

The Supreme Court recently directed Tripura police to ensure that no political party is prevented from exercising their rights in accordance with the law for campaigning in a peaceful manner.

Police said some unidentified miscreants attacked a group of people who gathered near the police station during the questioning of Ghosh, but no one was injured.

The TMC is contesting the Tripura civic polls to be held on November 25. The ruling BJP has already won 112 out of 334 seats uncontested across 20 urban local bodies including Agartala Municipal Corporation. This will be the first civic election that the BJP will face after coming to power in 2018.

The Mamata Banerjee-led party is trying to gain a foothold in the state ahead of the 2023 assembly elections.

TMC Rajya Sabha MP Sushmita Dev claimed that BJP sheltered goons attacked the leaders and workers of the party on the premises of the police station after Ghosh reached there.

?Our candidates were beaten up; their houses vandalized and though complaints were filed, no action was taken. Police here are acting in a one-sided manner,? she told reports.

The TMC has repeatedly alleged that its candidates were being prevented from campaigning by the ruling BJP supporters there.

TMC West Bengal secretary Kunal Ghosh said if this is what is democracy in Tripura, "we would recommend to our leaders to do the same thing (to the BJP) in West Bengal?.

Tripura BJP spokesperson Nabendu Bhattacharya denied the allegation, saying the saffron party workers did not ever attack anyone of the TMC as the party does not consider it as a political opponent to reckon with.

The alleged attack created ripples in West Bengal where the TMC and the BJP were engaged in a war of words.

BJP state president Sukanta Majumdar claimed that the TMC is unable to even field candidates in seats for the local body elections in Tripura.

"They (TMC) have to take busloads of people from West Bengal to secure the attendance of 500 people in Abhishek Banerjee's public meetings. There will be no impact of meetings by Abhishek Banerjee or Mamata Banerjee," Majumdar said.

He claimed that the only opponent of the BJP in Tripura can be the CPI(M) and not the TMC.

TMC leader and senior minister Firhad Hakim claimed that that the BJP was indulging in violence in Tripura. "But we will follow the democratic path and win Tripura. Democracy does exist in BJP-ruled states," he said