TMC's Nusrat Jahan, Mimi Chakraborty take oath as MPs a week after others

Nusrat had missed the opening days of the 17th Lok Sabha session due to her wedding where Mimi Chakraborty was a guest. 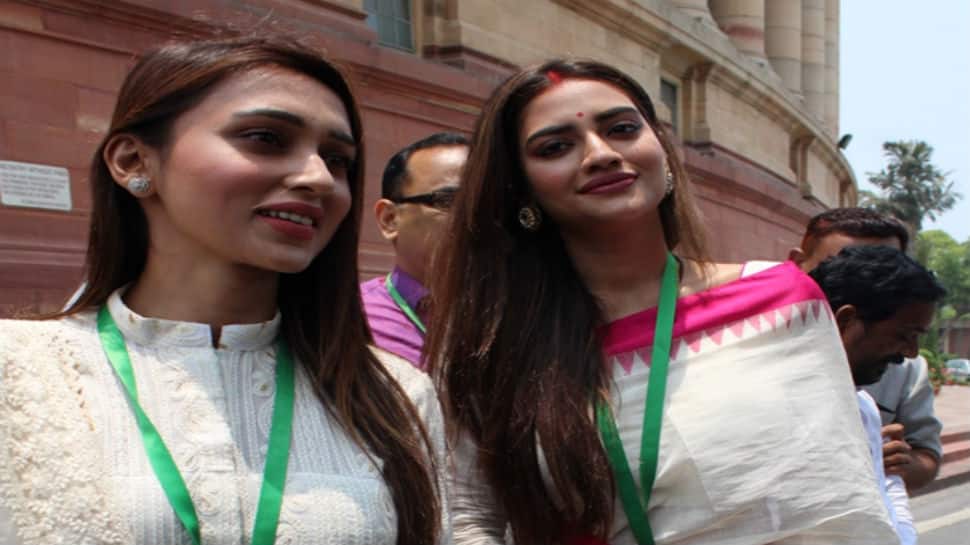 Nusrat Jahan and Mimi Chakraborty on Tuesday took oath as Members of Parliament more than a week after other newly-elected MPs had taken their respective oaths.

Actress-turned-politician Nusrat had missed the opening days of the 17th Lok Sabha session due to her wedding to businessman Nikhil Jain which took place in the Turkish town of Bodrum on June 16. Since the 17th session of Lok Sabha began from June 17th, she had been absent. Fellow actor and TMC MP Mimi too had missed the first week of the Lok Sabha session as she was at Nusrat's wedding ceremony in Turkey.

On Tuesday, however, both newly-elected MPs came forward to take their respective oath. Both Nusrat and Mimi - wearing traditional attires - took their oaths in Bengali and eventually touched the feet of speaker Om Birla to seek his blessings.

While Nusrat and Mimi would be hoping to strongly represent TMC in Parliament, their first visit here after the Lok Sabha election was embroiled in controversy with many netizens trolling them for posing selfies. Some had even questioned their 'modern' attire. The two, however, had also received massive support from others who slammed the trolls for their regressive remarks online.

Nusrat was fielded by her party from the Basirhat constituency while Mimi was named as the TMC candidate from Jadavpur. While both secured wins in their respective electoral debut, TMC's performance in West Bengal was dimmed by BJP's performance. BJP, a party that had no presence in the state before Lok Sabha election 2014, secured wins in 18 seats here. TMC won 22 seats.