Officials involved in the probe said investigative agencies have detected that Michel possesses properties and bank accounts in at least four countries. 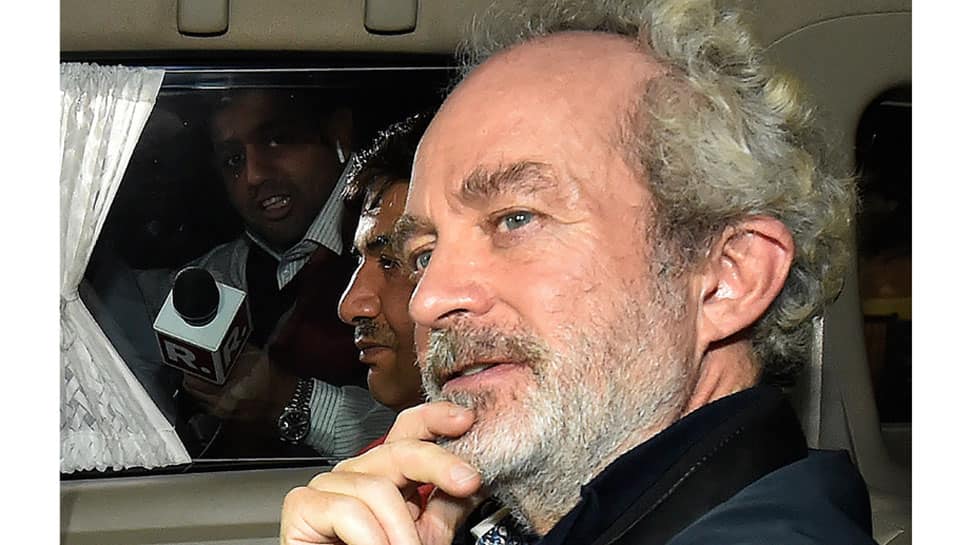 New Delhi: Investigative agencies are looking to identify foreign and domestic assets of Christian Michel, alleged middleman in the AgustaWestland scam, to unravel the purported kickbacks generated by him and his associates to swing the defence deal in the favour of the Anglo-Italian firm.

Officials involved in the probe said investigative agencies have detected that Michel possesses properties and bank accounts in at least four countries and they suspect that a number of them have been created during the time the deal was being inked.

They suspect some of the assets could also be in India and are held in a 'benami' manner where the actual owner could be linked to the British national, extradited last month to India from the UAE.

The Enforcement Directorate (ED) in 2015 had attached properties worth about Rs 1.12 crore in Delhi that were linked to Michel under the Prevention of Money Laundering Act (PMLA).

Officials said the agencies are now looking to identify his assets so that they can be similarly attached. This will also help the agencies to establish the money trail in the deal, they added.

The agencies are taking help of their counterparts in the UAE and the UK, among other countries, to not only obtain details of immovable properties but also information on bank accounts, they said.

Michel is among the three alleged middlemen being probed in the case by the ED and the Central Bureau of Investigation (CBI). The others are Guido Haschke and Carlo Gerosa.

Michel was arrested in the UAE and extradited to India on December 4. Currently, he is in judicial custody.

The ED, which is probing this case along with the CBI, had filed a charge sheet against Michel in 2016 and had alleged that he received 30 million euros (about Rs 225 crore) from AgustaWestland which was nothing but "kickbacks" to execute the 12-helicopter deal in favour of the firm in "guise of" of genuine transactions for performing multiple work contracts in the country.

ED investigations have detected remittances made by Michel through his Dubai-based firm Global Services, FZE to a media firm he floated in Delhi, along with two Indians. According to the agency, the firm was nothing but a "shell company" to "launder the proceeds of crime".

The PMLA probe found that AgustaWestland Chief Executive Officer Bruno Spagnolini was paying "kickbacks" to Michel and the two other middlemen in the guise of numerous "consultancy contracts" and Michel alone received 30 million euros in his Dubai company accounts and others under this arrangement.

On January 1, 2014, India scrapped the contract with Finmeccanica's British subsidiary AgustaWestland for supplying the 12 AW-101 VVIP choppers to the IAF over alleged breach of contractual obligations and charges of paying kickbacks to the tune of Rs 423 crore by it for securing the deal.

The CBI has alleged there was an estimated loss of about Rs 2,666 crore to the exchequer in the deal that was signed on February 8, 2010 for the supply of VVIP choppers worth 556.262 million euros.