Sushma Swaraj's last rites will be held at the Lodhi Road electric crematorium in the national capital at around 3 pm on Wednesday. 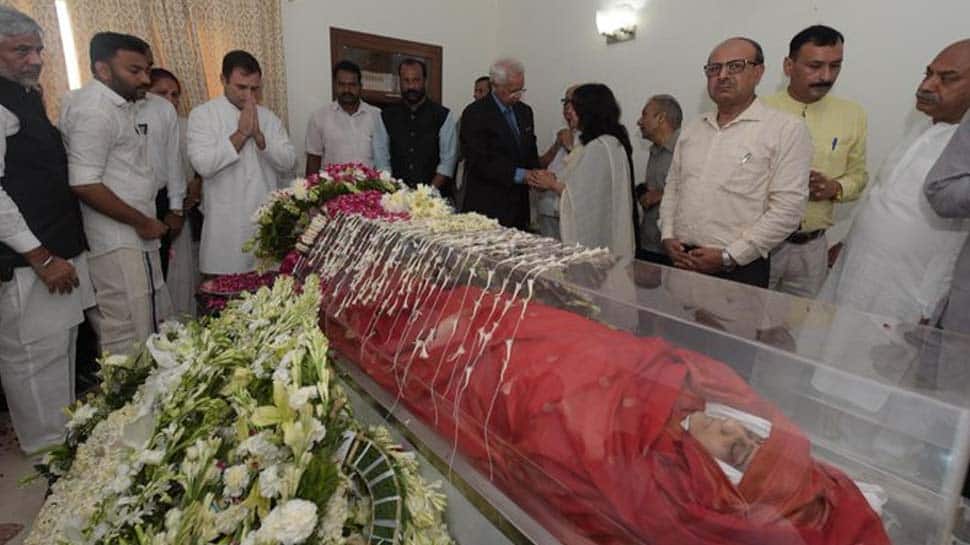 The Delhi Traffic Police on Wednesday issued a traffic advisory in the national capital due to the cremation of former external affairs minister and Bharatiya Janata Party (BJP) stalwart Sushma Swaraj. Swaraj passed away late on Tuesday night in the national capital. 67-year-old Swaraj was admitted to the All India Institutes of Medical Sciences (AIIMS) in the evening after her health condition deteriorated. Swaraj had reportedly complained of restlessness and was rushed to AIIMS at around 9 pm.

Her last rites will be held at the Lodhi Road electric crematorium in the national capital at around 3 pm on Wednesday. The traffic will remain affected on Lodhi Road, Lala Lajpat Rai Marg, Neela Gumbad, Moolchand Flyover, Defence Colony Flyover, Lodhi Road Flyover and adjoining roads from 2 pm to 5.30 pm. The motorists have been advised to avoid these roads and plan their journey accordingly.

Swaraj was appointed the external affairs minister in the first term of the Narendra Modi government in 2014. She leaves behind a legacy of an easily-accessible external affairs minister who helped the Indian diaspora in distress with her quick response on Twitter to requests for help. Her interaction with the diaspora on social media established her as someone who could be reached in distress with just the click of a mouse.

Several path-breaking measures such as the passport infrastructure expansion and enhanced engagement with the East were the highlight of her tenure.

Swaraj has many firsts to her credit such as being the youngest cabinet minister in the Haryana government, first woman Chief Minister of Delhi and the first woman spokesperson for any national political party in the country. She was the second woman to hold the portfolio after Indira Gandhi, who briefly kept external affairs ministry under her while being the prime minister.

AIIMS doctors administered CPR twice on Sushma Swaraj, but failed to revive her