It is to be noted that the 270-km strategic highway is the only road which links Kashmir with rest of the country. 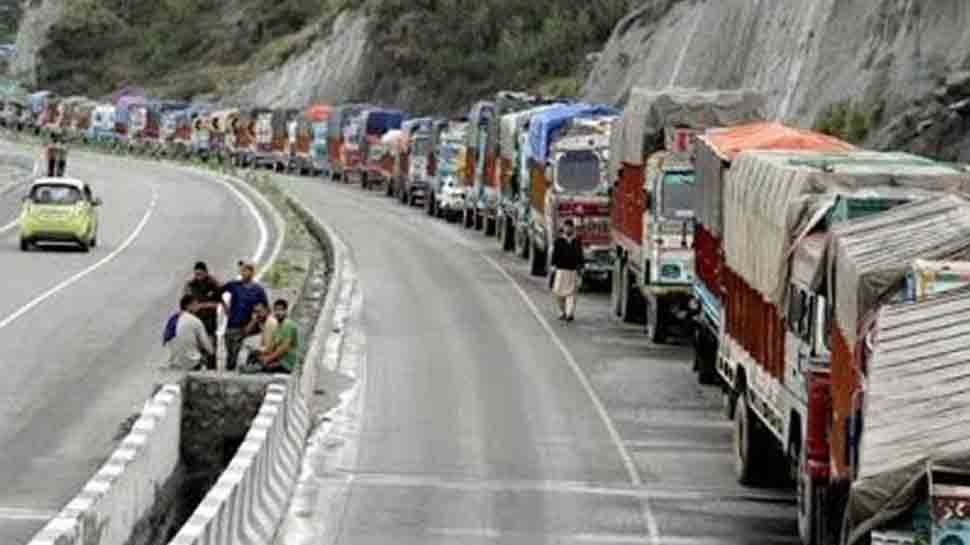 BANIHAL/JAMMU: In a major relief for thousands of commuters, who were stuck at different places along the Jammu-Srinagar national highway, the authorities on Sunday gave permission to resume traffic of Jammu-Srinagar highway.

It is to be noted that the 270-km strategic highway is the only road which links Kashmir with rest of the country.

The highway was closed by officials for traffic on Saturday after landslides hit the highway at several places in Ramban district. It is interesting to note that one-way traffic on highway from Jammu to Srinagar was resumed only on Saturday.

Government officials told PTI that the inclement weather affected the movement of many trucks and passenger vehicles as the bad weather had a direct impact on road clearance operation. The stranded travellers were forced to spend the night inside their vehicles, temporary shelters, hotels and temples.

Jawahar Tunnel, which is the gateway to Kashmir, received around eight inches of snowfall, while Banihal received four inches of snow. The movement of traffic on the highway was however affected by landslides caused due to heavy rainfall at several places between Panthiyal to Ramsu.

"With the improvement in weather in the wee hours, the road clearance operation was started simultaneously at the affected areas. Panthiyal was the first to be cleared for traffic followed by Moum Passi and adjoining areas, thus allowing resumption of the traffic Sunday afternoon," a traffic department official told PTI.

"The men and machines are still on the job to ensure normal movement of traffic," he said, adding over 700 vehicles have crossed Ramban and are on way to Jawahar Tunnel," added the official.

The official said that the movement of fresh traffic was not allowed from Jammu or Srinagar to help in smooth movement of stranded vehicles.

"Rain and snow have stopped at most of the places and weather is likely to improve from today," an official of the meteorological department said, adding "there is no forecast of any adverse weather for a week".

Indian Army to get AK-203, the latest derivative of legendary AK-47 assault rifle