The landslide, triggered by incessant rains over the past two days, occurred near Battery Cheshma around 4.30 am, completely blocking the only all-weather road linking Kashmir with rest of the country 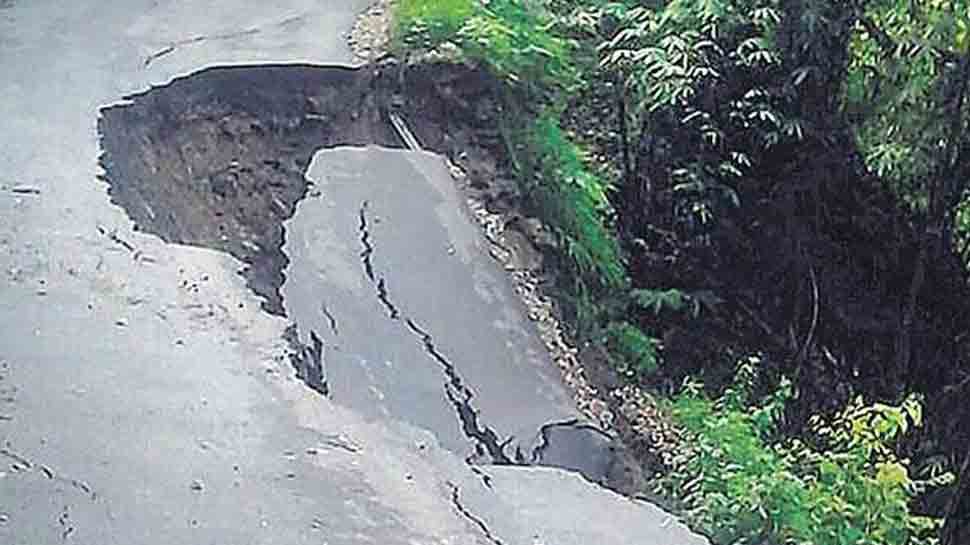 Banihal/Jammu: Traffic on the strategic 270-km Jammu-Srinagar National Highway resumed on Saturday evening after being closed for over 13 hours following a massive landslide in Ramban district, officials said.

The landslide, triggered by incessant rains over the past two days, occurred near Battery Cheshma around 4.30 am, completely blocking the only all-weather road linking Kashmir with rest of the country, Suresh Sharma, Deputy Superintendent of Police (traffic), national highway Ramban, told PTI.

After hectic efforts by the road clearance agencies, lasting over 13 hours, the road was cleared and stranded vehicles were allowed to move, he said.

The traffic on the highway plies between the twin capitals of Srinagar and Jammu alternatively due to ongoing four-laning works. Sharma said a minor landslide in Digdole area was cleared within a few hours.

The yatra to the 3,880-metre high holy cave shrine in south Kashmir is scheduled to begin from the twin routes of Pahalgam in Anantnag district and Baltal in Ganderbal district on July 1.

Accompanied by district civil and police officers, the divisional commissioner inspected the sites for setting up of community kitchens from Chanderkote to Jawhar tunnel along the highway. Later, they spoke to a representative of 'langer' authorities, officials said.

They said Verma visited various halting points and shelter sheds designated for the pilgrims along the highway.

The divisional commissioner inspected the ongoing construction work on the highway and directed the concerned agencies to ensure smooth and safe passage of traffic by closing potholes, maintaining drains, sprinkling water on roads and installation of signboards bearing important contact numbers, officials said.