Earlier on Monday, there was trial run conducted between Srinagar-Baramulla after which the services were resumed for the general public, on Tuesday. The trail run between Srinagar and Banihal was done under tight security in the presence of senior army personnel. 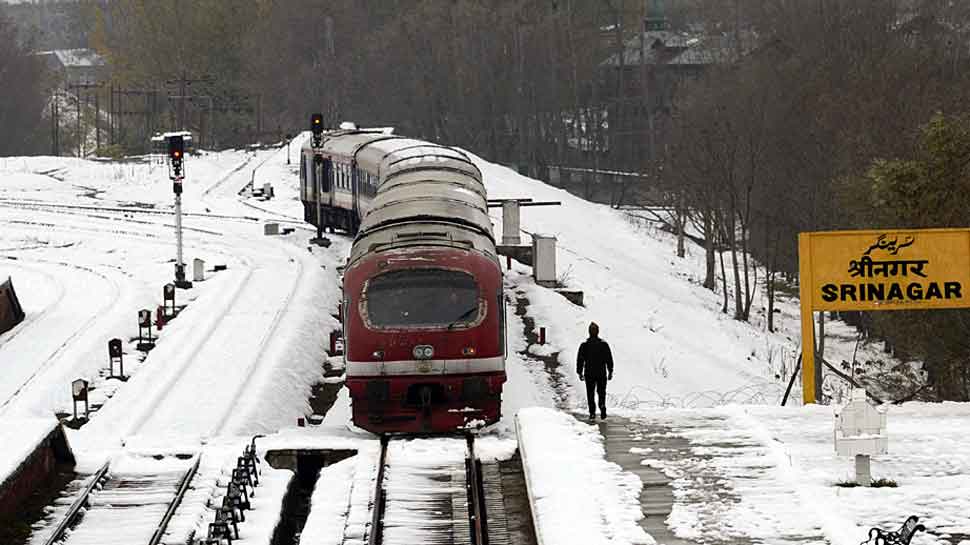 The railways gave green signal to the resuming decisions as the locals faced issues in travelling.

Earlier on Monday, there was a trial run conducted between Srinagar-Baramulla after which the services were resumed for the general public on Tuesday. The trail run between Srinagar and Banihal was done under tight security in the presence of senior army personnel.

The people of Southern Kashmir welcomed the decision of the railway administration and said that now they can easily commute to different places.

Railway police SSP Shaukat Hussain said, " The rail services in the valley were closed for approx three months because of which people were facing a lot of problem in travelling. Generally, the national highway here remains closed during winters and it was much needed to restart the railway services.''

He further added, "The problem being faced by people is the major reason why we started the eastern railway services before and now we are proceeding with the starting the southern railways after the successful trial run today.''

Informing about security in the railways, the SSP said, ''As far as security is concerned the railways and police administration will work together to keep a check on it. Security personnel are deployed at every place from station to track to keep a check on the activity. We are all prepared to deal with any kind of situations which comes in front of us.''

Sensing danger, the security agencies had ordered to stop the railway services in the valley after August 5.

It is also reported that the railways have faced a loss of around 3 crore rupees after the service was stopped in the territory. This is the second time that the railway services were stopped for so long.

Earlier in 2016, a similar situation occurred after the death of Hizbul commander Burhan Wani due to which the railway services remained closed for nearly five months.