Rawat had a keen interest in social work from a very young age. Six years after joining RSS, he became the pracharak of the right wing organisation for the Dehradun region. He, subsequently, joined the Bharatiya Janata Party. 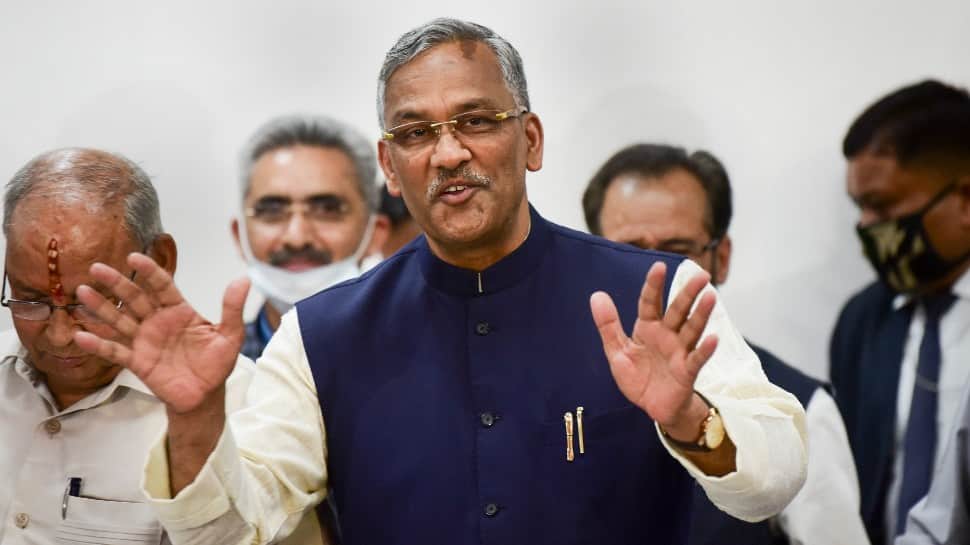 New Delhi: Trivendra Singh Rawat, the eighth Chief Minister of Uttarakhand, resigned from the top post on Tuesday (March 9). He remained in office for about four years starting from March 2017.

Rawat, who was a Rashtriya Swayamsevak Sangh member from 1979 to 2002, had played a key role in the formation of the state of Uttarakhand.

Born on December 20, 1960, in the village of Khairasain in Pauri Garhwal district, Rawat was the youngest child in the family. His father Pratap Singh Rawat served in Garhwal Rifles. He studied in a school built of mud and thatch in his native village.

He holds a master's degree in journalism from Birla Campus in Srinagar affiliated with the Hemwati Nandan Bahuguna Garhwal University.

Rawat had a keen interest in social work from a very young age. Six years after joining RSS, he became the pracharak of the right-wing organisation for the Dehradun region. He, subsequently, joined the Bharatiya Janata Party.

He was actively involved in the Uttarakhand movement, demanding a separate state to be carved out of Uttar Pradesh. He even went to jail on several occasions for the cause.

In 2000, the longstanding demand of the natives for statehood was finally realised. Following this, he was elevated to the post of president of BJP's state unit.

In 2002, he was elected from Doiwala constituency in the assembly elections. He retained his seat in the 2007 elections. He was then made the minister of agriculture in the state government.

Rawat had a setback in 2014 when he lost the bypoll from Doiwala seat, which was vacated by former chief minister Ramesh Pokhriyal.

Rawat, who was made party in-charge of Jharkhand in 2014, played a crucial role in helping BJP win the assembly elections in the state.

However, when the state went to polls three years later, he won the constituency for the third time. This time he was made the chief minister of the state.