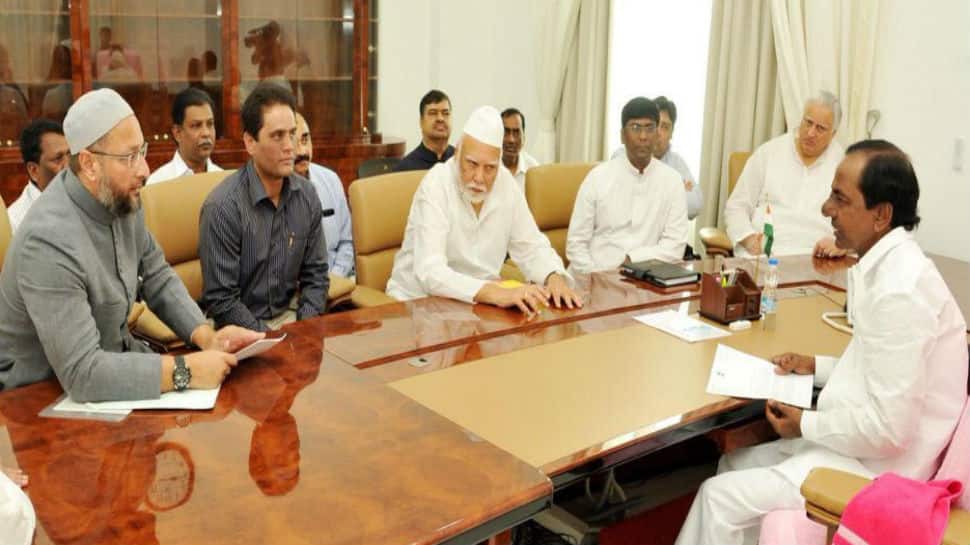 Ever since the Bharatiya Janata Party (BJP) won an unprecedented four seats in Telangana in the 2019 Lok Sabha Elections, the ruling Telangana Rashtra Samithi (TRS) party and its ally Majlis E Ittehadul Muslameen (AIMIM) have appeared jittery over the rising presence and prospects of the saffron party across the state.

The case in point is AIMIM's firebrand and controversial leader Akbaruddin Owaisi's emotional plea to his party leaders and cadre in Karimnagar district to end severe infighting. The Karimnagar Lok Sabha seat, considered to be a stronghold of TRS, fell to BJP's Bandi Sanjay, who defeated his TRS rival by a staggering 89,000 votes.

Karimnagar town and surrounding areas have a predominantly Muslim population on which the TRS was banking in the Lok Sabha elections but the BJP's strategy defeated the plans of Chief Minister K. Chandrashekar Rao and his trusted friend Asaduddin Owaisi, president of AIMIM and brother of Akbaruddin. Concerned over the prospects in the forthcoming municipal elections, especially in Karimnagar town, Asaduddin packed Akbaruddin to Karimnagar to douse fire and infighting in the party.

However, while coming to core issue of infighting in the MIM party, Akbar made an emotional appeal, "Main haath aur jholi failaakar ittehaad ki bheek maang raha hoon, apne intesaar ko khatam kar do (I am begging with folded hands, come together, erase your differences )."

Meanwhile, the TRS rank and file have started becoming vary of AIMIM, their ally. A top TRS leader, on the condition of anonymity, told Zee News that the alliance with AIMIM is proving to be costly for TRS. "Instead of helping us, the AIMIM party is helping our common enemy - BJP," he said.

The BJP, on the other hand, is growing confident in the present scenario. "People of Telangana and Karimnagar especially have taught a solid lesson to TRS-AIMIM combine in Lok Sabha elections. Now things have reached to such a stage wherein TRS and AIMIM are unable to retain their own vote bank and their own respective leaders and cadre are not trusting them," Bandi Sanjay, Karimnagar BJP MP, told Zee News.

The forthcoming Municipal elections in Telangana will be a litmus test for all three major political parties - TRS, AIMIM and BJP, while the Congress doesn't seem to be in a position to give even a credible fight.