Though the incident happened on August 10, much before the implementation of the new Motor Vehicles Act, it came into light only on Saturday. It is being said that the fines were reportedly levied for violating the old Motor Vehicles Act. 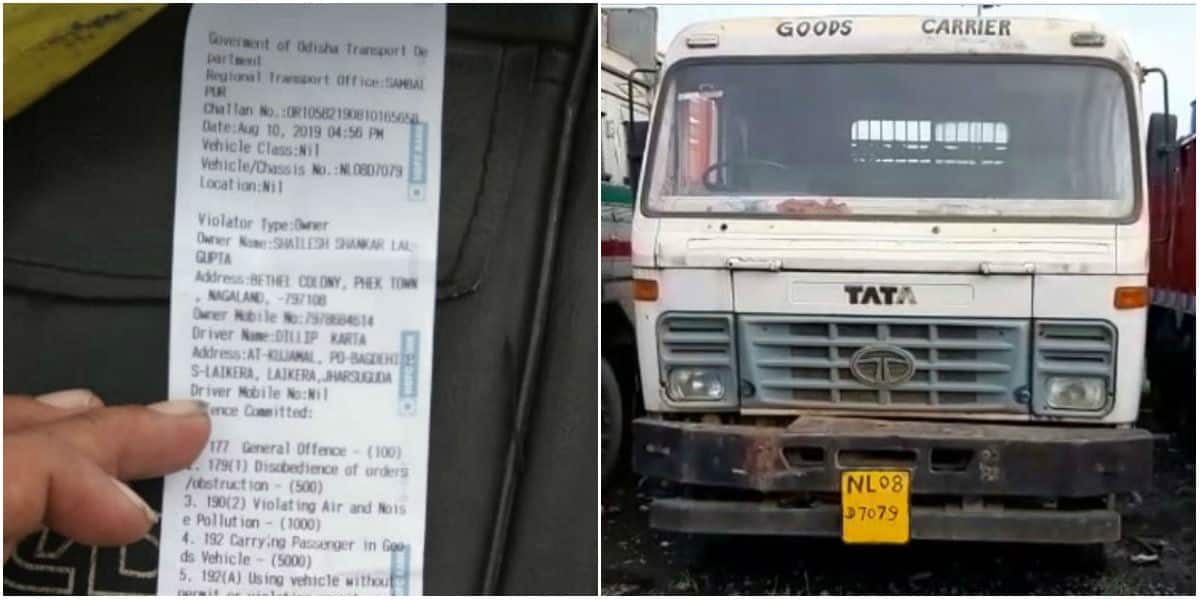 Sambalpur: In what could be the heftiest fine imposed on a traffic violator, an owner of a truck was slapped with a fine amounting to Rs 6.53 lakh by the Sambalpur Regional Transport Office (RTO) for various offences.

Though the incident happened on August 10, much before the implementation of the new Motor Vehicles Act, it came into light only on Saturday. It is being said that the fines were reportedly levied for violating the old Motor Vehicles Act.

The truck, registered in Nagaland, was fined by the enforcement team of the transport office in Sambalpur when the department found the vehicle violated multiple traffic rules.

The owner of the truck has been identified as Shailesh Shankar Lal Gupta of Bethel Colony in Phek Town of Nagaland while the driver Dillip Karta happens to be a resident of Jharsuguda.

The RTO levied the penalty on the driver and truck owner and issued a challan for driving without road tax and not carrying documents including vehicle insurance, violating air and noise pollution and carrying passengers on the goods vehicle. The vehicle also violated permit conditions, sources said.

Earlier on Thursday, a truck owner in Delhi was slapped a fine of Rs 2 lakh and five hundred for violating traffic rules. During the inspection, the traffic police officials found out that he was not carrying his driving license and other documents related to the ownership of the truck.

The amended Motor Vehicles Act was implemented on September 1 and as per new rules, the fines for flouting traffic rules have been raised multiple times.

(With inputs from Ajay Nath)