JAC convenor Ashwathama Reddy said, "This government does not have humanity. They are running the government with the force through police. Due to such statements given by the Chief Minister people are losing lives. All these incidents are not suicides but the murders committed by the government." 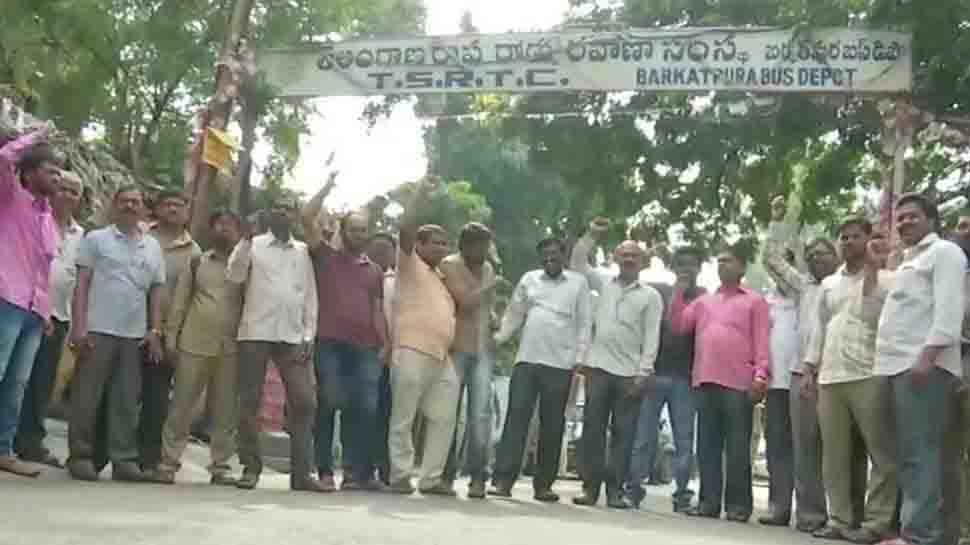 He also added that these "incidents were not a suicide but a murder." Speaking to ANI in Hyderabad, he said, "This government does not have humanity. They are running the government with the force through police. Due to such statements given by the Chief Minister people are losing lives. All these incidents are not suicides but the murders committed by the government."

Chief Minister K Chandrashekar Rao in the morning washed his hands off the matter stating that it is not his responsibility."TSRTC workers who have committed suicide are not my responsibility. They are responsible for themselves. We did not ask them to protest.

Unions provoked them," Rao said while addressing a press conference in the state capital."The fact is, soon the TSRTC will get dissolved and shut down. Nobody can stop this from happening. Merger demand is not accepted at all," the Chief Minister added. Notably, on Thursday, an RTC worker named Jameel of Narkatpally Depot died of a heart attack after tensions mounted.

Opposition leaders from Bharatiya Janata Party (BJP) and Congress alike, however, have strongly objected to the statement."KCR is acting more like CEO of a profit-centric private enterprise than the chief minister of a democratically run state government. His statements on RTC and its employees reflect his neo-capitalist mindset. The party feels that he is behaving irresponsibly by underplaying RTC role in the public transport system of the state," said BJP Telangana chief spokesperson K Krishna Saagar Rao.

The BJP leader said that the RTC is a welfare initiative for public transport, to connect to the remotest villages and towns in Telangana, which otherwise can`t be connected by private operators due to route-passenger ratio. Meanwhile, Congress spokesperson Sarvan compared the chief minister to a dictator.

"Just as blind do not see the end, an arrogant dictator also does not see the rationality in others arguments. So is the case with Rao. By-election victory has not only blinded but also deafened him. He further stated that the Congress party strongly condemns the arrogant response of KCR on the matter.