SVBC is a free to air devotional channel which is very popular with devotees and run by Tirumala Tirupati Devasthanams ( TTD ) and Prithvi was appointed as its Chairman in July 2019. 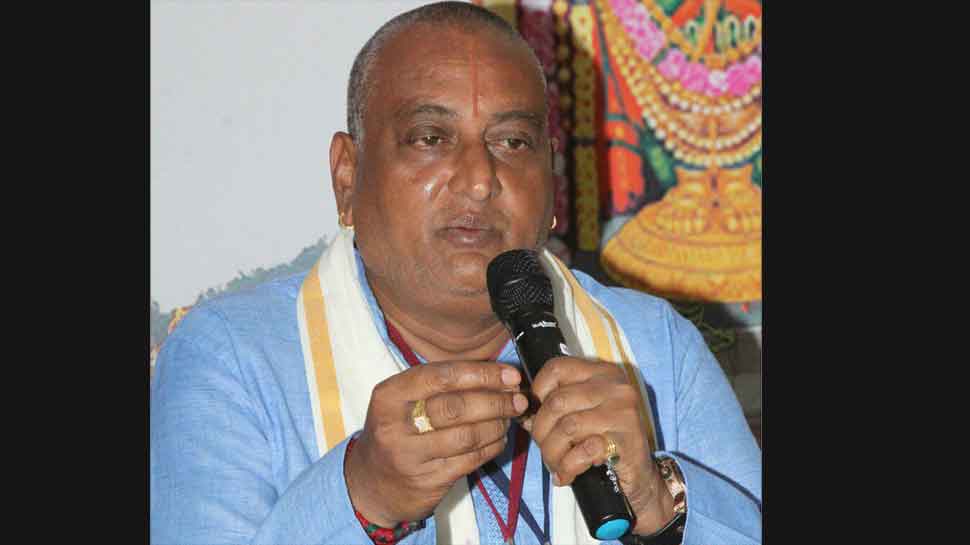 Commonly known as Comedian Prithvi, the former SVBC chairman is a popular comedian in Telugu films and has acted in more than 100 films. He is also general secretary in YSRCP.  As per the audio clip, he was making an indecent proposal to the lady employee in the viral audio clip.

However, while submitting his resignation Prithvi clarified that it is not his voice and the audio clip is fake. After sending resignation he said, ''It is a huge conspiracy against me. That voice is not mine. In fact, I have requested TTD Chairman to conduct an inquiry and send the voice samples to forensic lab.''

Earlier, Prithvi was seen making sharp political statements especially with regards to agitating protestors in and around capital Amaravati which had put him in tight spot. He said, ''I had said that those protestors who call themselves as farmers but actually are big-time TDP leaders were twisted out of context'', adding, ''I never said anything against real farmers who feed us, but if any farmer feels hurt I am sorry.''

SVBC is a free to air devotional channel which is very popular with devotees and run by Tirumala Tirupati Devasthanams ( TTD ) and Prithvi was appointed as its Chairman in July 2019.

SVBC airs only devotional content of Lord Venkateshwara and is hugely followed by the Lord's devotees who can see all the sevas, poojas, information related to Tirumala and other TTD temples.