The specially designed emoji of the ‘Ashoka Chakra’ is a depiction of the Dharma Chakra; a wheel represented with 24 spokes in the national flag of India. It also represents India's highest peacetime military decoration awarded for valour, courageous action or self-sacrifice away from the battlefield. 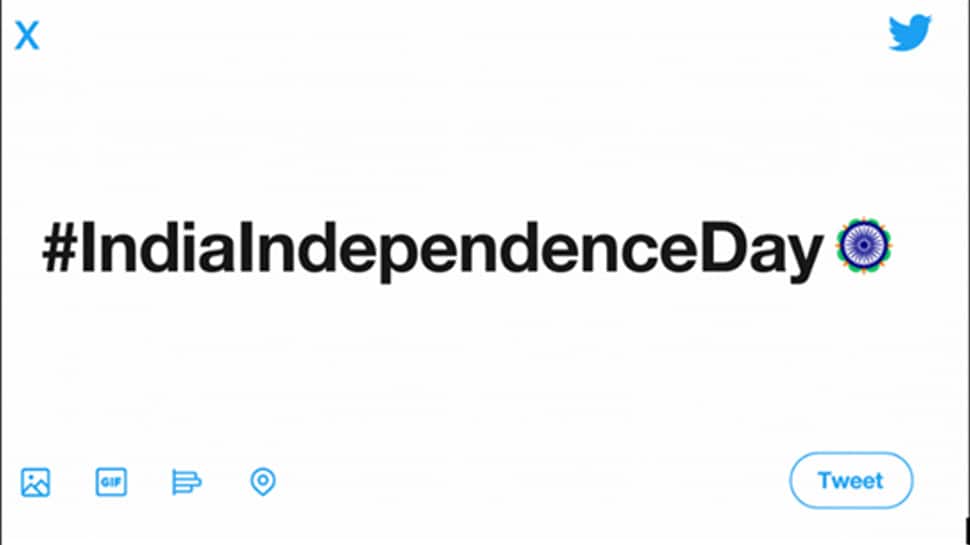 Twitter on Wednesday launched a customised Independence Day emoji to celebrate India's 73rd year of independence. The specially designed emoji of the ‘Ashoka Chakra’ is a depiction of the Dharma Chakra; a wheel represented with 24 spokes in the national flag of India. It also represents India's highest peacetime military decoration awarded for valour, courageous action or self-sacrifice away from the battlefield.

The emoji will be live until August 18 and will be available in English and several Indic languages, such as Hindi, Tamil, Kannada, Malayalam, Telugu, Punjabi, Marathi, Gujarati, Bengali and Oriya. Indians across the globe can participate in Independence Day conversations and celebrate with the emoji using the following hashtags: #IndiaIndependenceDay, #IDayIndia, #स्वतंत्रतादिवस, #સ્વતંત્રતાદિવસ, #சுதந்திரதினம், #ಸ್ವಾತಂತ್ರ್ಯದಿನ, #ਸੁਤੰਤਰਤਾਦਿਵਸ, #स्वातंत्र्यदिन, #സ്വാതന്ത്ര്യദിനം, #ସ୍ୱାଧୀନତାଦିବସ, #స్వాతంత్ర్యదినోత్సవం, #স্বাধীনতাদিবস.

“Over the years, Twitter emojis have established themselves as a medium of expression for our users. This inspires us to curate exclusive symbols around moments that are important to Indians. We believe that the Independence Day emoji will resonate with Indians across languages, cultures and time zones, giving them yet another reason, and way to celebrate this historic day.” said Shagufta Kamran Senior Manager Public Policy Twitter India.

Twitter continues to celebrate Indian culture with customized Twitter initiatives for Independence Day, Diwali, Republic Day, among other key milestones and events for Indians across the world. These innovative emojis are specifically designed keeping in mind Indian culture and sentiment and are a delightful way to reinforce a sense of unity and diversity of Twitter users. This is the fifth edition of Independence Day emoji by Twitter, having featured creative symbols for the Red Fort, Indian National Flag, etc during the previous years.