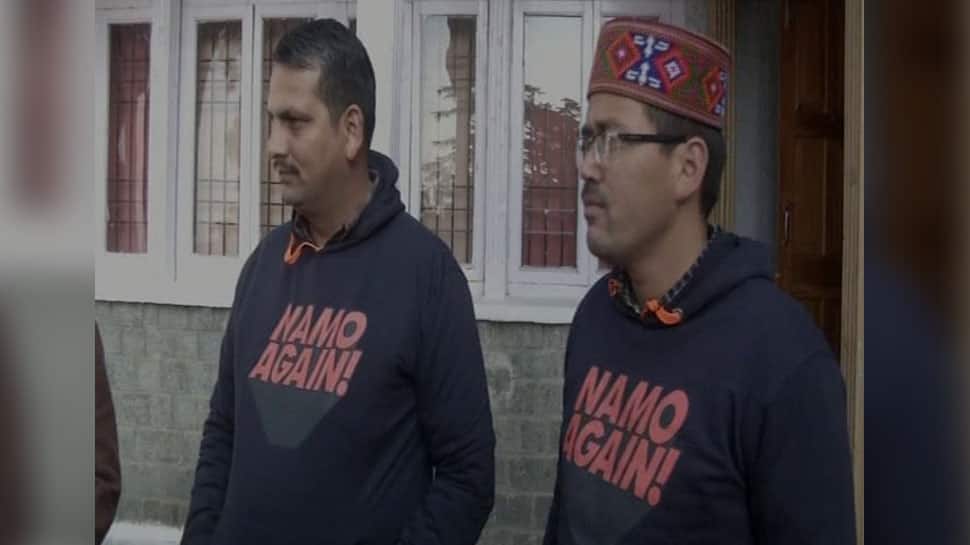 Shimla: Two BJP MLAs wore "Namo Again" sweatshirts to the Himachal Pradesh Legislative Assembly during the ongoing budget session on Wednesday. The Congress party noticed the BJP MLAs and raised an objection to it.

Leader of Opposition Mukesh Agnihotri objected to the sweatshirts worn by the MLAs and termed it against the parliamentary traditions. He said wearing "Namo Again" sweatshirts was BJP`s agenda of advertising for the party.

Congress legislators raised the issue in the House on which Speaker Dr Rajeev Bindal took note of it and directed the BJP MLAs not to wear such clothes to the assembly again. The Speaker also asked the BJP MLAs to respect the sanctity of the House.

Talking to media, BJP MLA Vinod Kumar said, "Wearing of `Namo Again` sweatshirt is BJP`s agenda for poll campaign and the assembly rules made it clear that no one can wear clothes that indicate towards political agenda of poll campaign."

"A written complaint has been made by Congress ChiefWhip Jagat Singh Negi to the Speaker registering the party`s protest following which, the Speaker has issued the direction that no one can wear such clothes inside the House in future," Agnihotri added.

BJP MLA Vinod Kumar said that he and his party colleague were not trying to do any kind of propaganda of the party by wearing "Namo Again" sweatshirt in the House.

"It is clear that people across the country want to see Narendra Modi as Prime Minister again and it is also clear from the Union Budget," Vinod Kumar added.

Another BJP MLA Surender Shourie said, "If Hamirpur MP of BJP, Anurag Thakur wore the same sweatshirt with `Namo Again` written on it to Lok Sabha why can`t MLAs wear it here in Assembly. "Shourie added, "We are proud to wear this sweatshirt."