At least two people died while around five others are feared to be trapped after a house in Uttarakhand's Chamoli district's Lankhi village collapsed in a flash flood caused due to incessant rains in the district. 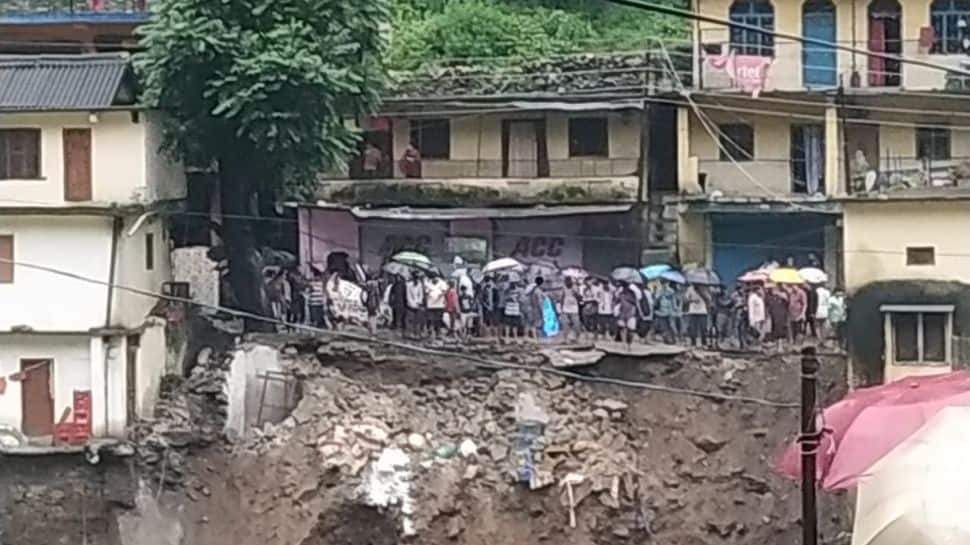 Chamoli: At least two people died while around five others are feared to be trapped after a house in Uttarakhand's Chamoli district's Lankhi village collapsed in a flash flood caused due to incessant rains in the district.

A total of seven people got trapped underneath the debris of the house which plummeted into a rivulet gushing at a very high speed, leaving behind huge chunks of dust in the air. Out of the seven, four people belonged to Lankhi village and three were from Banjbagar village.

The incident was caught on camera, video of which was shared widely on social media. The State Disaster Response Force (SDRF) was rushed to the spot after being alerted for relief and rescue operations.

Unrelenting rains have wreaked havoc in parts of the state for several days and have caused widespread destruction. Massive landslides, washing away of houses, cowsheds and bridges and severe damage to livelihood and crops have been triggered amid unrelenting rains.

On Sunday, Thal-Munsiyari Road near Banik in Pithoragarh district was closed after boulders and debris blocked the road. In a separate incident, a huge boulder fell on the road and blocked the portion of the national highway- 125 between Dharchula and Tawaghat in the state.

On Friday, a cloud burst in Chamoli led to a torrential downpour which threw normal life out of gear for people in the district, as severe damage was caused to the footpaths and streets of Kumzuk village of Chamoli. Massive traffic congestion was also reported on important trade routes.

In the cloudburst, a woman and her son were killed in the state's Tehri district, while two others were swept away in another flash flood in Chamoli district.

There seems to be no respite for residents of the hilly state as the India Meteorological Department (IMD) forecasted the likelihood of very heavy rainfall in parts of Uttarakhand on August 13 and 14 and has issued an orange alert on both days.