A police team which went on arrest miscreants has recovered arms and crude bombs from the site of violence. 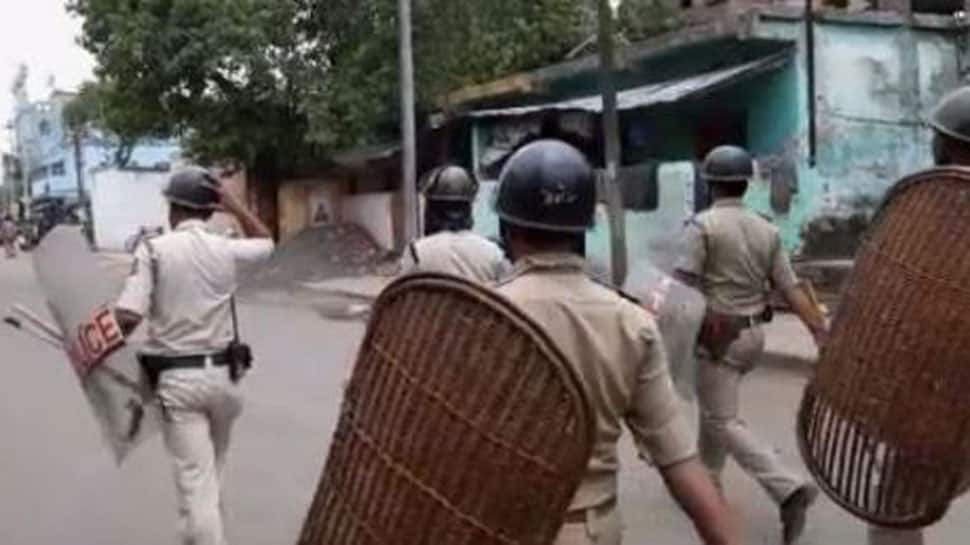 Two people died and four got injured in clashes between two groups in West Bengal’s Bhatpara on Thursday. A police team which went on arrest miscreants has recovered arms and crude bombs from the site of violence. Locals told Zee Media that the policemen were also attacked and a police vehicle was vandalised by miscreants. West Bengal Chief Minister Mamata Banerjee has ordered DGP Virendra to rush to Bhatpara immediately to bring the situation under control.

Meanwhile, ADG South Bengal incharge of Barrackpore, Sanjay Singh, has rushed to the spot. RAF and other police reinforcements are also being sent and Section 144 of CrPC has been imposed in Bhatpara, Jaggatdal and other parts of Barrackpore to maintain law and order in the area.

It is to be noted that the violence which was unleashed in Barrackpore during the recently held Lok Sabha election had forced the Barrackpore Police Commissionerate to set up a new police station in Bhatpara to bring the law and order situation under control.

Last week, West Bengal Governor Keshari Nath Tripathi met representatives of four political parties at his residence to discuss the issue of post-poll violence in the state. During the meeting, the parties had agreed to work towards stopping violence and refrain from making provocative statements. The meeting was attended by Trinamool's Dr. Partha Chatterjee, BJP's Jay Prakash Mazumdar, Congress' Soumendra Nath Mitra and CPI(M)'s Md Salim.