NDRF had been leading the rescue operation which was made extremely difficult because Fatehveer Singh was stuck at a depth of 125 feet. 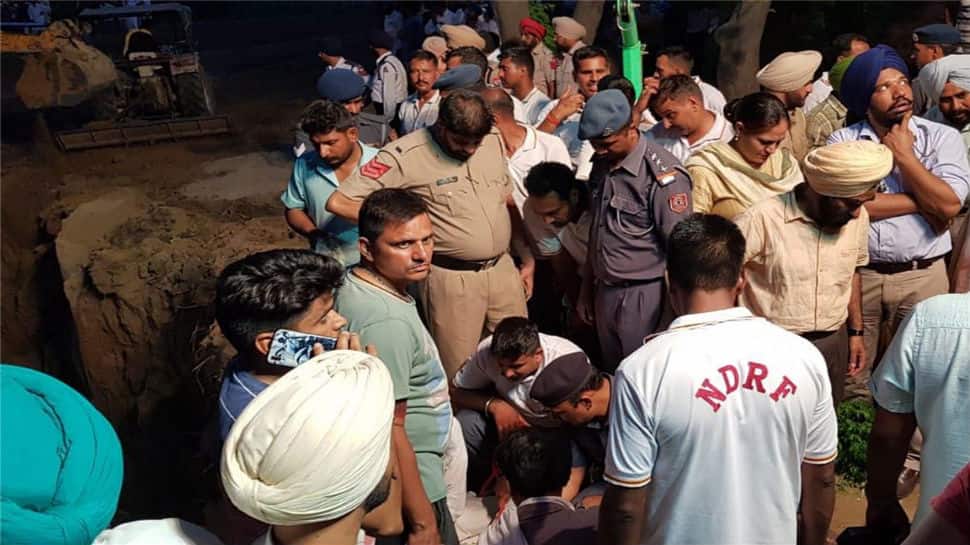 In a massive rescue operation in Punjab's Sangrur that lasted nearly five days, a two-year-old boy was rescued from inside a borewell after he had tumbled in by accident.

Fatehveer Singh had fallen inside the 150-feet-deep borewell near his house in Bhagwanpura village at around 4 pm on Thursday. Once the matter was reported to the local agencies, a massive rescue operation was mounted which saw personnel from National Disaster Response Force eventually taking over. What made matters worse was that Fatehveer was stuck at a depth of 125 feet which made the prospect of rescuing him extremely difficult.

While there had been massive anger against the local administration and rescue officials for being unable to pull out the child, success eventually came in the wee hours of Tuesday morning. NDRF had brought in sophisticated equipment, including a high-density drilling machine, in a bid to pull out the child from the seven-inch wide borewell. Fatehveer was eventually rescued and rushed to a local hospital where he will be kept under observation for the next several days.

#WATCH Punjab: Two-year-old Fatehveer Singh, who had fallen into a borewell in Sangrur, rescued after almost 109-hour long rescue operation. He has been taken to a hospital. pic.twitter.com/VH6xSZ4rPV

While there is no update on the health of the child, it is reported that no food or water could have been given to him while he was inside the borewell. Authorities ensured that oxygen supply was maintained where he was stuck. Medical officials are now likely to closely monitor what impact the ordeal could have had on the mental and physical health of the child.

The entire incident had proved to be a massive challenge for the local and state administration with even Punjab CM Captain Amarinder Singh assuring that no effort is being spared to rescue Fatehveer. While there have been unfortunate incidents in the past where children have fallen into open borewells, authorities in Sangrur had said that the depth at which Fatehveer was stuck was far lower than any such incident in the past elsewhere.