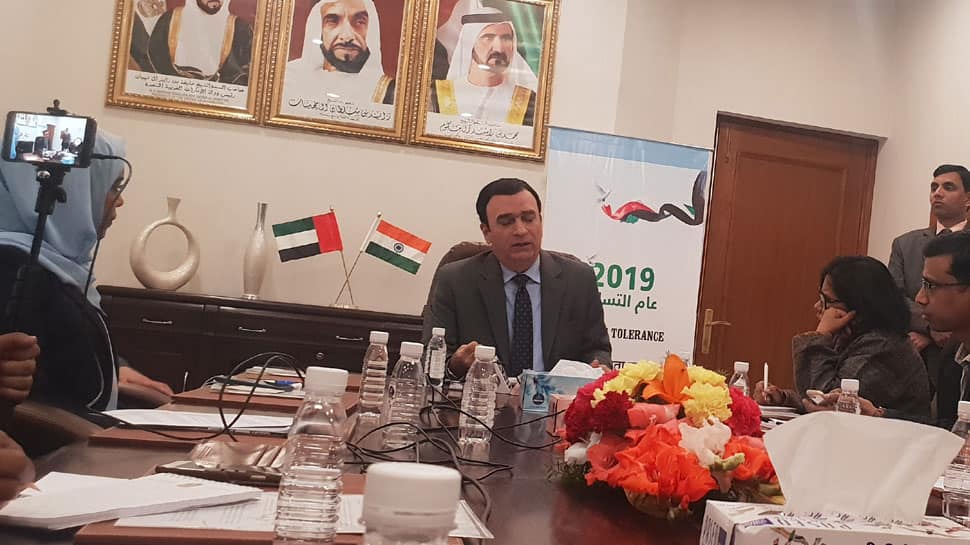 NEW DELHI: United Arab Emirates (UAE) Ambassador to India Dr Ahmed Albanna has credited the 'personal touch' of Prime Minister Narendra Modi in bettering ties with his country as one of the reasons behind the extradition of alleged middleman in the multi-crore AgustaWestland VVIP chopper scam Christian Michel.

The UAE envoy made these remarks while replying to questions related to the extradition of Christian Michel at a press conference in the national capital.

It is to be noted that Christian Michel is the alleged middleman in the Rs 3600-crore AgustaWestland VVIP chopper scam. He was extradited from UAE in December last year.

The Government of India (GoI) had sent an extradition request in 2017 to the UAE and after a lengthy legal battle in the country's courts, he was extradited to India on December 4, 2019.

New Delhi has also given consular access to the United Kingdom for Michel.

Michel is a British national, who has been extradited from a 3rd country – UAE – to face trial in India. In the last four years, 16 fugitive criminals have been extradited back to India.

On India-UAE ties, he said, "Bilateral ties are at its peak. A close relationship, close strategic relationship, the high-level visits in many different sectors--Ministers, CEO. India is a major partner-economic, trading, strategic. We want to keep up with the relationship. We make sure things on right track. We have a special relationship because of the visits of PM Modi and Crown Prince of Abu Dhabi"

PM Modi visited UAE in August of 2015 followed by the visit of Crown Prince of Abu Dhabi and Deputy Supreme Commander of UAE Armed Forces, Sheikh Mohamed bin Zayed Al Nahyan to India in February of 2016.

Crown Prince was also the Chief Guest at India's Republic Day in 2017, which was his second visit to India. It was followed again by the visit of PM Modi in 2018 for the sixth World Government Summit in Dubai.

UAE has also announced that it will build the first Hindu Temple in Abu Dhabi.

The country has declared 2019 as the 'Year of Tolerance'. Indian population in UAE currently stands at around 3.3 million, making it the largest concentration of Indian nationals outside India.