Since completing its exit from the European Union at the end of last year after an acrimonious divorce, Boris Johnson`s government has vowed the "Integrated Review" will show Britain still had clout on the world stage and define a new era for the country. 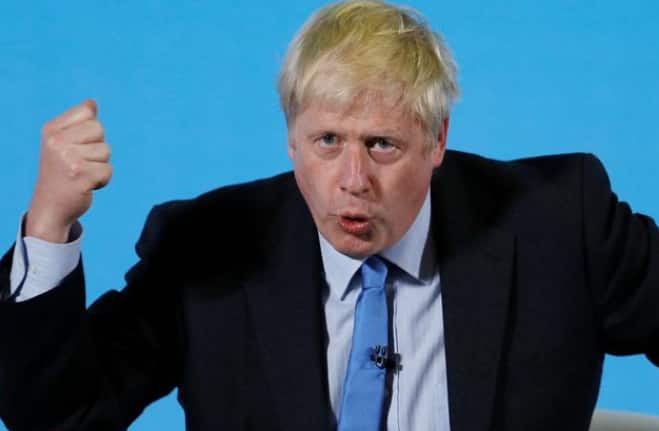 New Delhi: UK Prime Minister Boris Johnson is expected to visit India at the end of April in what will be his first major international trip after Britain’s exit from the European Union. The visit aims at boosting UK opportunities in the region, and to create a democratic counterweight to China, said a Reuters report, citing an official statement.

With an aim to expand its influence in the Indo-Pacific region while preserving its strong ties with the United States, the British government will be laying out the country`s post-Brexit defence and foreign policy priorities on Tuesday, the report said.

Calling the Indo-Pacific "increasingly the geopolitical centre of the world", the government reportedly highlighted a British aircraft deployment to the region ahead of Prime Minister Boris Johnson`s previously postponed visit to India in April.

Earlier in January, UK Prime Minister Boris Johnson was supposed to be the chief guest at Republic Day, but due to the surge in COVID-19 cases in the UK and the spread of a new strain, he cancelled his visit to India. Now, he is scheduled to visit India in April.

On January 5, a Downing Street spokeswoman had stated that "The Prime Minister spoke to Prime Minister Narendra Modi this morning, to express his regret that he will be unable to visit India later this month as planned."

The spokeswoman had further said, "In light of the national lockdown announced last night, and the speed at which the new coronavirus variant is spreading, the Prime Minister said that it was important for him to remain in the UK so he can focus on the domestic response to the virus."

Notably, relations between the United Kingdom and China have strained over issues such as Hong Kong, COVID-19 pandemic and also denying Huawei an active role in Britain`s 5G network. The potential deployment of Queen Elizabeth aircraft carrier`s is also expected to raise military tensions in the South China Sea.

According to Reuters, Johnson will focus "on the UK`s place in the world and the ability to seize the opportunities ahead. "Britain will also be holding two influential roles this year: hosting the first post-pandemic G7 summit in June, and the COP26 climate conference in November.

Since completing its exit from the European Union at the end of last year after an acrimonious divorce, Johnson`s government has vowed the "Integrated Review" will show Britain still had clout on the world stage and define a new era for the country.

The 100-page document will be closely scrutinised for concrete measures showing how the government will deliver on Johnson`s rhetoric at a time when the country is struggling to come to terms with the realities of Brexit and has suffered more deaths than its peers from the COVID-19 pandemic, Reuters report said.