Ambassador Indra Mani Pandey, Permanent Representative of India, said that the purpose of enacting three Farm Acts is to enable farmers to realise better price for their produce and enhance their income. He added, "It will particularly benefit small farmers and offer more choices to those farmers who opt for them." 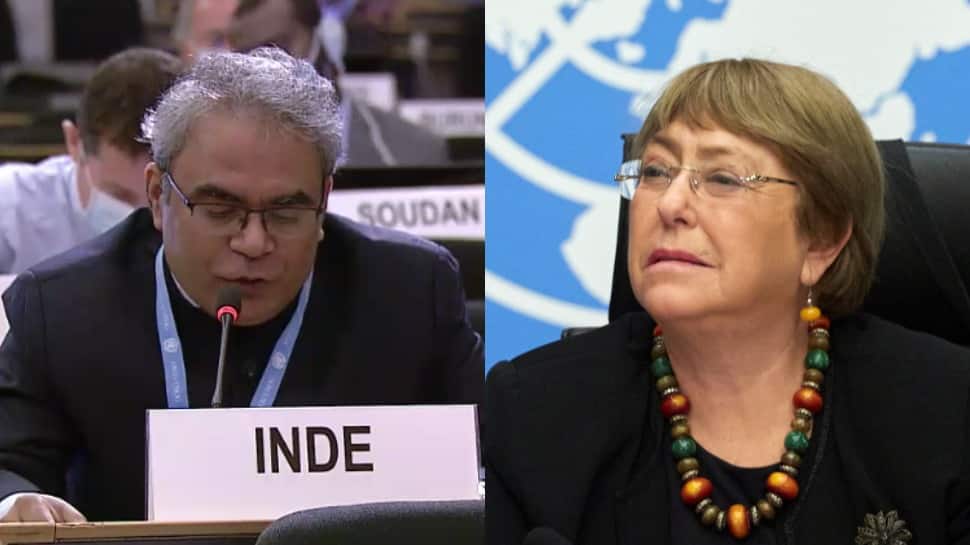 New Delhi: India has responded to the UN High Commissioner for Human Rights Michelle Bachelet's comments on the farmers' protests and said it lacks 'objectivity and impartiality'.

In response to Michelle Bachelet's statement that the farmers' agitation highlight the importance of ensuring laws and policies are based on meaningful consultations with those concerned, Ambassador Indra Mani Pandey, Permanent Representative of India, said, "The Government of India has set a goal of doubling the income of farmers by 2024. The purpose of enacting three Farm Acts is to enable farmers to realise better price for their produce and enhance their income."

He added, "It will particularly benefit small farmers and offer more choices to those farmers who opt for them. The Government has shown utmost respect for protests by farmers and has remained engaged in dialogue with them to address their concerns."

India’s Statement during the General Debate on the Oral Update of the High Commissioner at the 46th Session of Human Rights Council.@UNHumanRights#46HRC pic.twitter.com/Sv9auY26lC

During the 46th session of the Human Rights Council, Michelle Bachelet in Oral Update had expressed, "I trust that ongoing dialogue efforts by both sides will lead to an equitable solution to this crisis that respects the rights of all."

She further added, "Charges of sedition against journalists and activists for reporting or commenting on the protests, and attempts to curb freedom of expression on social media, are disturbing departures from essential human rights principles."

She had also commented on Jammu and Kashmir and said that the UN continues to monitor the situation in Indian-administered Kashmir, where restrictions on communications, and clampdowns on civil society activists, remain of concern.

"Despite recent restoration of 4G access for mobile phones, the communications blockade has seriously hampered civic participation, as well as business, livelihoods, education, and access to health-care and medical information," she had said.

To this, Ambassador Indra Mani Pandey said, "Given these developments, we were perplexed to note some of the comments by the High Commissioner. She appeared as oblivious of the enormous efforts made by my Government to address the challenges, as indeed of many of the factors driving these challenges."

He also mentioned the January 26 violence in the national capital and said, "The unprovoked violence on our Republic Day in the name of farmers' rights, apparently, left her unmoved. Her indifference to terrorism is, of course, not new. Objectivity and impartiality have to be the hallmarks of any Human Rights assessment. We are sorry to see that the High Commissioner's oral update is lacking in both."