Athawale, however, said that the onus to provide employment to the people falls on the shoulders of the central government. 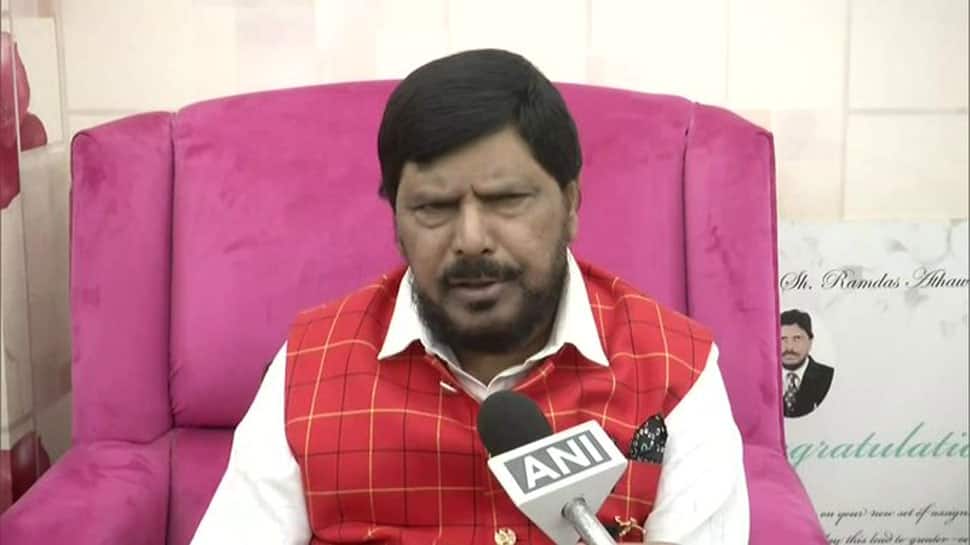 NEW DELHI: On a day when Union Minister Santosh Gangwar stirred a major controversy when he blamed the 'incapable' North Indian youth for failing to secure jobs, his cabinet colleague Ramdas Athawale on Sunday said that unemployment in the country is increasing due to technological advancements.

"These days, people are unemployed because of an upsurge in new technology. Earlier 1000 people used to work in a factory, now only 200 people are operating it," Athawale said.

Driving his point home, the RPI chief said, ''One person is running two machines, which earlier used to be run by over 10.''

The Union Minister, however, added that the onus to provide employment to the people falls on the shoulders of the central government.

"The incumbent Narendra Modi government is working towards it and providing assistance with the help of various schemes," Athawale said.

Allaying concerns raised over the slumping economy, Athawle said that the Ministry of Finance and Niti Ayog are trying to increase the GDP, which has slumped down to five per cent.

He also refuted the claims that the GDP dropped down after Prime Minister Narendra Modi came to power.

It may be noted that Gangwar on Sunday triggered a major row by saying that the North Indian youth are incapable of securing jobs as he dismissed criticism about the current employment situation in the country.

Gangwar, who was addressing an event, said that there was no shortage of jobs but the companies wishing to recruit say that the youths here were ineligible.

Gangwar, the Minister of Independent charge for Ministry of Labour and Employment, said that there was a lot of employment available. Apart from the employment offices, his Ministry has also been monitoring the situation.

He said that the matter of recession was being misunderstood in the country.

Referring to Khan, he said he will explain to the people of Rampur the kind of person the constituency has chosen and sent to Parliament. It is a matter of misfortune for them too, he added.

The Samajwadi Party president hit back at Santosh Gangwar, saying the minister was adding insult to injury and his statement on unemployment was "insensitive and cruel" towards the youth.

Congress leader Pramod Tiwari also sought an apology from the Modi government for the minister's statement.

It may be recalled that Union Finance Minister Nirmala Sitharaman had recently sparked controversy by saying that the mindsets of millennial adversely affected the automobile industry as they preferred to use radio taxi services instead of buying their own vehicle.