Shripad Naik and his family were admitted to a hospital after their car met with an accident in North Karnataka. 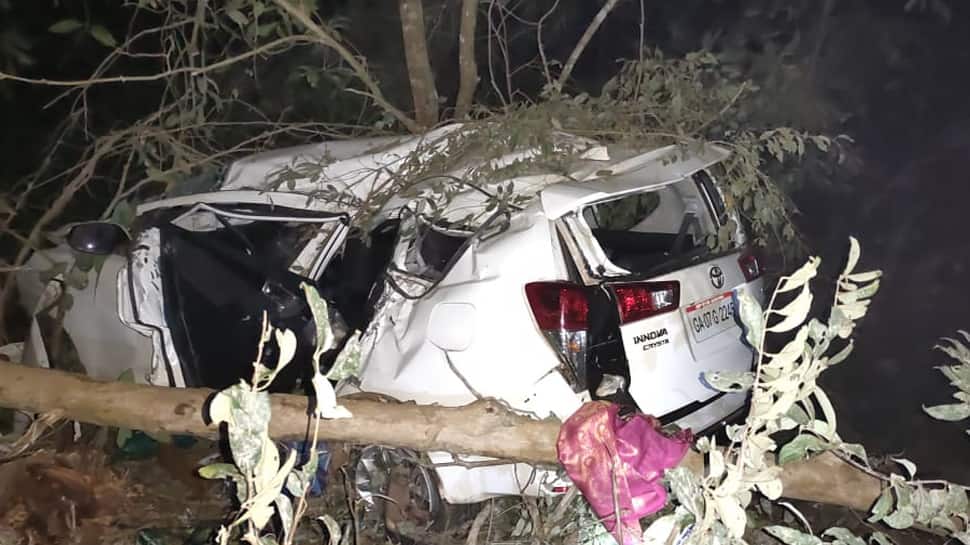 In a tragic incident, Union Minister of State for Defence and North Goa MP Shripad Naik and his family were admitted to a hospital in North Karnataka after their car met with an accident. Naik was travelling by car, along with his wife Vijaya and other family members in the Uttar Kannada district.

Goa Chief Minister Pramod Sawant said, "He is out of danger and his health condition is stable. Two minor surgeries would be performed on him tonight. As of now, there is no requirement to shift him to Delhi for treatment."

The vehicle in which Naik (68) was travelling met with the accident while he was returning to Goa from Dharmasthala in Karnataka. Naik is being brought to Panaji Bambolim Hospital for further treatment. As per an official his wife died in the accident.

As per initial information, there are reportedly two deaths in the incident. The minister along with his six family members were visiting a temple in Ankola. The car in which they were travelling turned turtle at Hosakambi village of Ankola taluk in Uttara Kannada district. They were travelling from Yallpura to Gokarna.

His wife met with serious injuries and died in the hospital, while three others including minister Sripad Naik had minor injuries. Naik was at first shifted to a nearby hospital. The personal assistant (PA) of Shripad Naik has also died in the accident, news agency ANI reported quoting Shivprakash Devaraju, SP of Uttara Kannada. The Superintendent of Police of Karwar and Deputy Commissioner have rushed to the spot.

Prime Minister Narendra Modi has spoken to Goa Chief Minister Pramod Sawant to ensure proper arrangements for the treatment of Union Minister Shripad Naik, at Goa. Defence Minister Rajnath Singh also spoke to Goa CM and asked him to provide the best treatment, and if the need arises, fly Naik to Delhi. The CM has reached the hospital.

Karnataka Chief Minister BS Yediyurappa condoled the death of Naik's wife. Goa BJP spokesperson Narendra Sawaikar has wished Naik a "speedy recovery", as reported by news agency IANS. "He met with an accident in Karnataka and his condition is serious," Sawaikar told reporters.

Former minister Suresh Prabhu tweeted, "Extremely saddened by news of accident to our long time family friend Shripad Y Naik and unfortunate death of his wife and fellow traveller.Om Shanti! Wishing speedy recovery to Shripad ji ,he had only recently recovered from COVID19, being hospitalised for long. Get well soon!