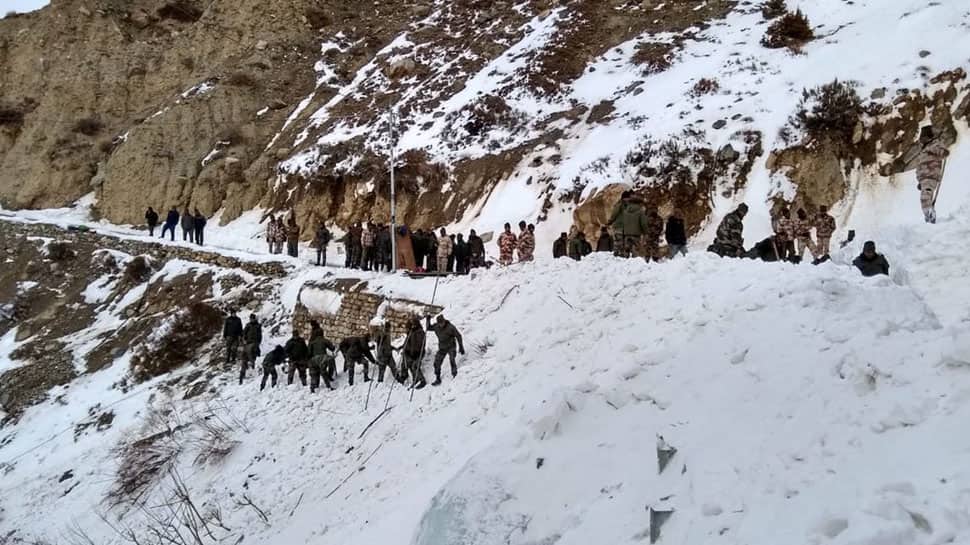 Union Defence Minister Rajnath Singh and Railways Minister Piyush Goyal expressed their grief and condoled the death of four soldiers and two civilian porters after an avalanche hit an eight-member team of Indian Army personnel in northern Siachen Glacier. It is learnt that the Indian Army team was on a patrol when the avalanche hit them on Monday at an altitude of 19,000 feet around 3:30 pm.

"Deeply saddened to learn about the avalanche at Siachen Glacier. My heartfelt condolences to the bereaved families. The nation salutes the brave hearts who risk their lives for the country and honours their selfless sacrifice," tweeted Goyal.

The Army had said that all 8 personnel were pulled out of avalanche debris and seven of them who were critically injured were evacuated by helicopters to nearest Military Hospital. They added that four soldiers and two civilian porters lost their lives due to extreme hypothermia.

"Eight personnel operating in Northern Sector of Siachen Glacier at an altitude of 19,000 feet were hit by an avalanche today. Avalanche Rescue Teams from nearby posts rushed to the location," the Army had said.

Army sources had added that the whole team got trapped under snow and troops had launched search and rescue operations. It is learnt that a team of Leh police was also rushed to the spot to help the Army in rescuing the trapped soldiers.

Located in the Karakoram range, the Siachen Glacier is the highest battleground on earth. It is the highest militarised zone in the world and the soldiers posted in this area have to battle frostbite and high winds.

Notably, avalanches and landslides are common at Siachen Glacier during the winters and temperatures in this region can fall to as low as minus 60 degrees Celsius.