The development comes a day after the rape survivor was brought to the hospital in the national capital. According to the AIIMS statement, her lawyer is still unconscious. 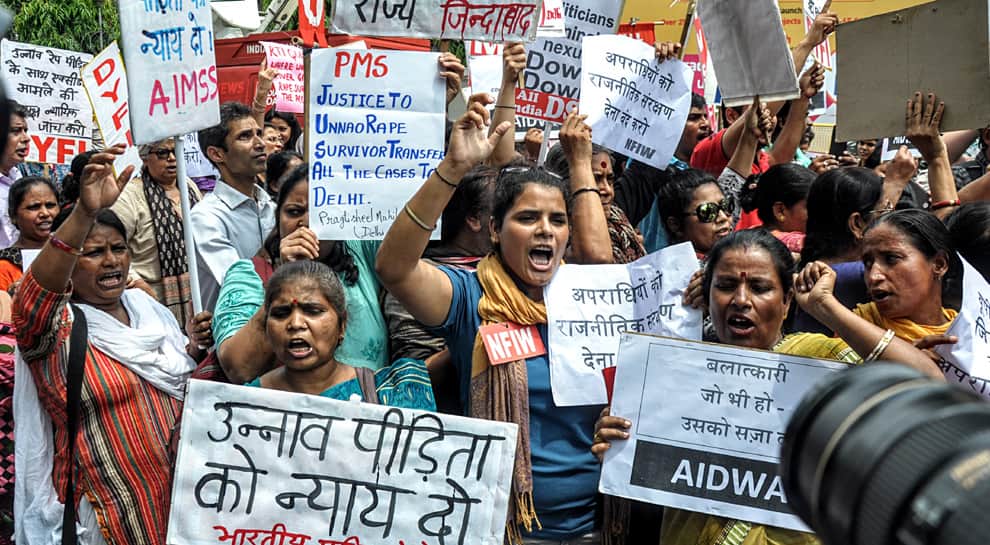 The condition of the Unnao rape survivor and her lawyer remain critical in the Trauma Centre, informed the All India Institutes of Medical Sciences (AIIMS) on Tuesday evening. The development comes a day after the rape survivor was brought to the hospital in the national capital. According to the AIIMS statement, her lawyer is still unconscious.

On Monday, a 'Green Corridor' was created from Lucknow's King George Hospital to the airport for the safe passage of the Unnao rape survivor. The survivor was transferred from the Lucknow hospital to AIIMS for better treatment after a slight improvement in her medical condition. In Delhi, free passage was given to the ambulance which left the city airport at 9 pm and reached AIIMS' Trauma Centre at 9.18 pm. The request for the free passage in Delhi had been made on the advice of doctors at AIIMS.

The Unnao rape survivor who was critically injured in a car-truck collision on July 28 was airlifted from the King George Medical University hospital in Lucknow, Uttar Pradesh, to the AIIMS. The move comes following the Supreme Court`s directives to the Uttar Pradesh government to airlift the victim and her counsel. Her lawyer who was also injured in the accident was shifted to the national capital on Tuesday.

In the road accident the rape survivor and her lawyer, Mahendra Singh, were seriously injured, while two of her aunts were killed. The crash took place on the National Highway 232 near Raebareli when a truck rammed into the car in which the girl was travelling in. Her aunts were also in the car while Singh was behind the wheels.

Kuldeep Singh Sengar is the prime accused in the rape case of the minor girl. He was a BJP MLA from Bangarmau in Unnao and was arrested by the CBI in April 2018. The teen was allegedly raped by the MLA at his residence in Unnao on June 4, 2017, where she had gone seeking a job.

Following the road accident, the Uttar Pradesh Police filed a murder case against Sengar and nine others in connection with the accident. The case now stands transferred to the CBI.

The MLA has been expelled by the Bharatiya Janata Party but he maintains he is innocent and is being framed in both cases. A Delhi court has ordered for Sengar to be transferred from Sitapur district jail to Tihar in Delhi.

In Srinagar, Ajit Doval directs for essential supplies to people on priority