The Unnao rape victim, who had more than 90 per cent burn injuries, lost the battle after 43 hours and died due to cardiac arrest. 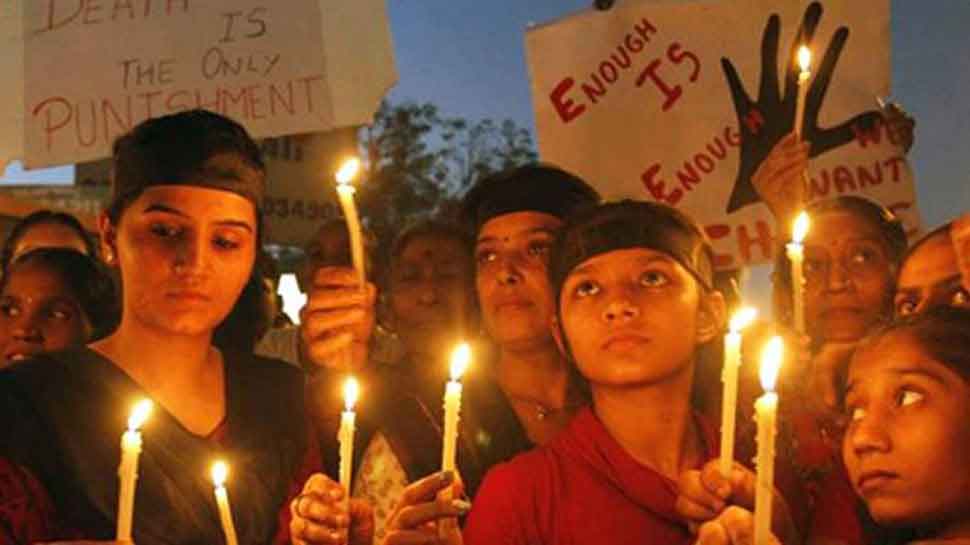 New Delhi: A 23-year-old woman from Unnao, who was admitted to the Safdarjung Hospital in Delhi after being set on fire by five men a few months after two of them raped her, died late on Friday. According to the doctors treating her, the victim, who had more than 90 per cent burn injuries, lost the battle after 43 hours and died due to cardiac arrest.

The woman succumbed to burn injuries around 11:40 pm at the Safdarjung Hospital here.

The five men, who had raped the victim in a village in Unnao earlier and later set her on fire, were out on bail. They had been arrested but the police. The 23-year-old victim ran for a kilometre with 90 per cent burns, in intense pain, crying for help and assistance. She was on the way to the Rae Bareli court when she was attacked and set on fire.

As per reports, after the incident with burn injuries, she took a bystander`s mobile phone and called the emergency help number and police herself.

Before her death, the 23-year-old woman had spoken to her brother and told him that the "accused should not be let off". She had also asked him if she would survive.

The woman was set on fire by two men who are accused of raping her in March 2019 and their three friends. The assailants threw kerosene on her and set her on fire when she was on her way to the court.

Uttar Pradesh Chief Minister Yogi Adityanath had ordered a high-level probe into the case and strict action against the accused. The state government had also announced to bear the full expenditure of the medical treatment of the survivor.

Enraged over the Unnao incident, Twitter is abuzz with #unnaorape with netizens now calling for a Hyderabad-style encounter for the perpetrators of the crime in Uttar Pradesh by the UP Police.

"Unnao rape victim could not survive from burn injuries. How UP police is going to act now? Will it follow the precedent set by Hyderabad police? Accused is out already on bail...Let`s see, how justice prevails and the law takes its own course from here", said a tweet.

"RIP Unnao victim, hope with your life you will help redefine witness protection in our country", a netizen said.

"On the day when #unnaorape survivor is set on fire, four rape accused in Telangana rape case are killed in an encounter by police, without trial", said another tweet.

"UP Police you know what to do next". "karo encounter", is the sentiment on twitter. Another tweet said, "It`s not a good reflection on part of the @UPGovt & @Uppolice! The threat was known and it could have taken steps to ensure a safe place elsewhere. Was that not possible? She fought for justice, but the authorities have failed her!".