The world body had called the closed-door consultations on Kashmir at the behest of China after it asked for an informal meeting responding to a letter written by Pakistan. 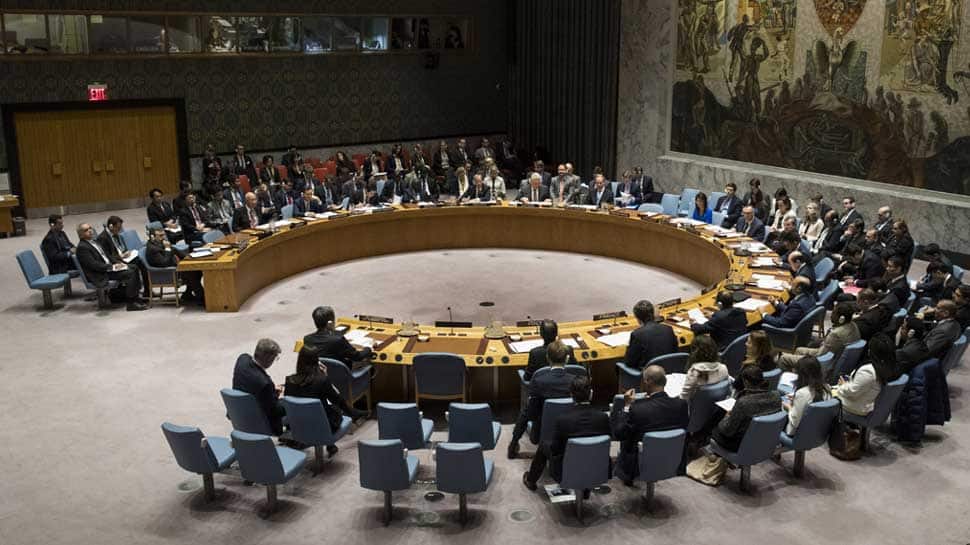 United Nations/New Delhi: The United Nations Security Council (UNSC) on Friday held a rare closed-door consultation on the situation in Kashmir days after India revoked the special status to Jammu and Kashmir, sparking a fresh row with Pakistan.

The Informal consultative session of the United Nations Security Council held on the Kashmir issue ended after lasting for 73 minutes, the sources said.

The world body had called the closed-door consultations on Kashmir at the behest of China after it asked for an informal meeting responding to a letter written by Pakistan.

However, minutes ahead of the meeting, Pakistan Prime Minister Imran Khan telephoned US President Donald Trump seeking his intervention and support in the mater.

According to the Zee Media sources, the telephonic conversation between the two leaders lasted for about 12 minutes.

The closed-door meeting began around 7:30 PM and it is being attended by the UNSC members.

The proceedings and outcome of the meeting will not be broadcast or accessible to the public.

Importantly, India and Pakistan do not have any representation in the proceedings.

Meanwhile, it has also come to light that only China has "openly favoured" Pakistan at the UNSC on the Kashmir issue.

Apart from China, other four permanent members of the UNSC - France, Russia, United Kingdom and the United States -  have backed New Delhi's position that disputes between India and Pakistan are bilateral matters.

The US has further said that developments in Kashmir are India's ''internal matter.''

India has categorically told the international community that its move to scrap Article 370 of the Constitution removing the special status to Jammu and Kashmir was an internal matter and has also advised Pakistan to accept the reality.

"Pakistan has requested for a meeting but we have to receive the instruction of the chair of the council until it's decided. He is making consultations now," Anatolio Ndong Mba, Permanent Representative of Equatorial Guinea had told reporters.

Polish Foreign Minister Jacek Czaputowicz, who received calls from External Affairs Minister (EAM) S Jaishankar and Qureshi had said, "we expressed concerns over current tensions between India and Pakistan...we are in favour of a dialogue between Pakistan and India to sort out differences. We hope both countries can work out mutually beneficial solution bilaterally."

UN Secretary-General Antonio Guterres has urged India and Pakistan to exercise "maximum restraint" and refrain from taking steps that could affect the status of Jammu and Kashmir. He has also highlighted the Simla Agreement which rejects any third-party mediation on the issue.