As soon as the House met on Wednesday, SP leader Narendra Verma tried to raise the issue in the Question Hour. 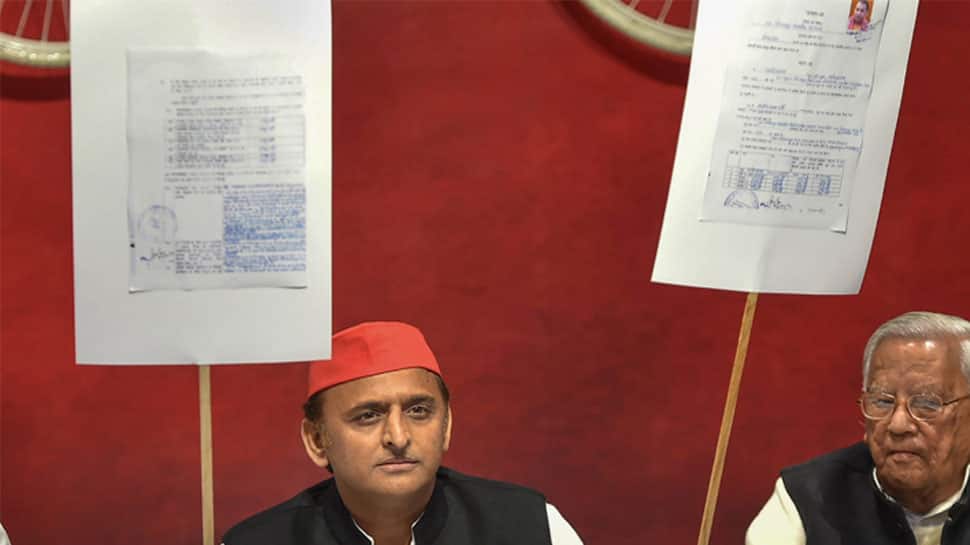 Lucknow: Proceedings of the Uttar Pradesh Assembly was on Wednesday adjourned amid protests by legislators of the Samajwadi Party and the BSP over Akhilesh Yadav being stopped at the Lucknow airport.

Samajwadi Party president Akhilesh Yadav on Monday claimed that he was stopped at Chaudhary Charan Singh International Airport in a bid to prevent him from visiting Allahabad to attend an oath-taking ceremony at Allahabad University.

As soon as the House met, SP leader Narendra Verma tried to raise the issue in the Question Hour.

He was supported by BSP's legislative party leader Lalji Verma, who said, "Lathicharge was done in the entire state by police and fake cases were lodged against protestors. An MP (SP's Dharmendra Yadav) was injured in the lathi-charge. There is 'hitershahi' in the state as the government is resorting to activities demeaning democracy."

Countering Verma, Parliamentary Affairs Minister Suresh Kumar Khanna said as the opposition does not have any issues, they are creating anarchy in the state."Our government is committed to the welfare of people and development of the state," he added.

When Speaker Hriday Narain Dixit did not allow discussion on the matter in the Question Hour, opposition members came into the Well of the House raising slogans.

Amid the chaos, the speaker adjourned the House for 30 minutes.