US actively tracking objects from debris of Indian ASAT test, no risk to ISS: Pentagon

Thompson assured the lawmakers that the ISS is not at risk because it orbits over 100 km higher than the orbit at which the ASAT test was carried out by Indian scientists. 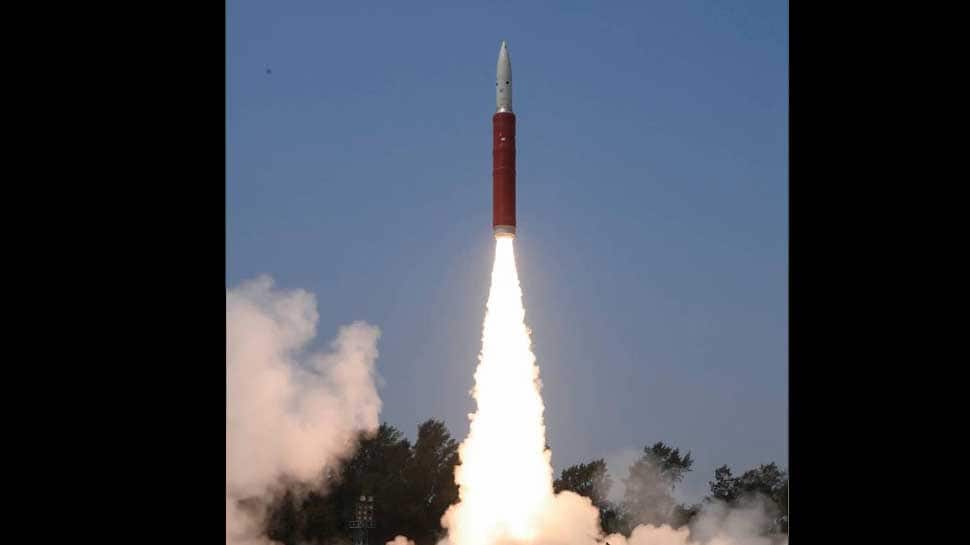 WASHINGTON: The Pentagon on Friday said that the US is tracking 250-270 objects of debris in the space generated due to anti-satellite (ASAT) missile test carried out by India on Wednesday in lower earth orbit.

The Pentagon, however, added that the International Space Station (ISS) is not at risk due to the debris, PTI reported.

US Strategic Command's Joint Force Space Component Command (JFSCC) said they are closely monitoring the pieces of debris associated with an Indian ASAT launch. "Debris from the event is being actively monitored by the JFSCC, and conjunction notifications are being issued to satellite owners/operators in accordance with standard notification processes through the Department of Defense's public space situational awareness sharing website HYPERLINK "http://www.Space-track.Org," it said.

Meanwhile, US Air Force Space Command Commander Lt Gen David D Thompson addressed the lawmakers on Thursday during a Congressional hearing and said that the JFSCC and space control Squadron of Air Force are currently "tracking about 270 different objects in the debris" field.  But Thompson did not provide any details of the debris.

"But we do know the altitude at which it occurred. We immediately started providing public notice on our space track website and will provide direct notification to satellite operators, if those satellites are under threat," he said.

Thompson assured the lawmakers that the ISS is not at risk because it orbits over 100 km higher than the orbit at which the ASAT test was carried out by Indian scientists.

"That's another thing that we do and provide warning routinely. That's just an example of -no other nation --no other military force, no other civil or other body could have detected characterised and begun warning and providing the world, the way we do with air force and other joint assets," Thompson said.

Talking to PTI, astronomer Jonathan McDowell from Harvard-Smithsonian Center for Astrophysics praised India and said that New Delhi acted in a much responsible manner than China in carrying out the ASAT test.

"We don't know yet how much debris and how high. The United States has said that it's tracking about 250 pieces. But it will take them at least a few days, if not a few weeks to figure to catalog those pieces," he told PTI.

McDowell has been actively monitoring India's space program since 1970s. Talking about the ASAT test, he said that it is a "much more aggressive stance" even though the Indian government is trying to portray it as a defensive measure.

"Although I'm opposed to the test, I think that if you're going to do a test, that's a better way to do it. There will be debris that ends up in higher orbit but not as much and not as long left. The test at level will ensure that the debris doesn't stay up for long periods of time, in contrast to what happened with the Chinese test, which was much higher up," he said.

‘She weighed just 20 kg': Woman starved to death by husband, mother-in-law over dowry in Kerala