The five-day Aero India 2019 at Yelahanka Indian Air Force (IAF) base in Bengaluru is set to witness the participation of several fighter jets and bombers of the US defence forces. 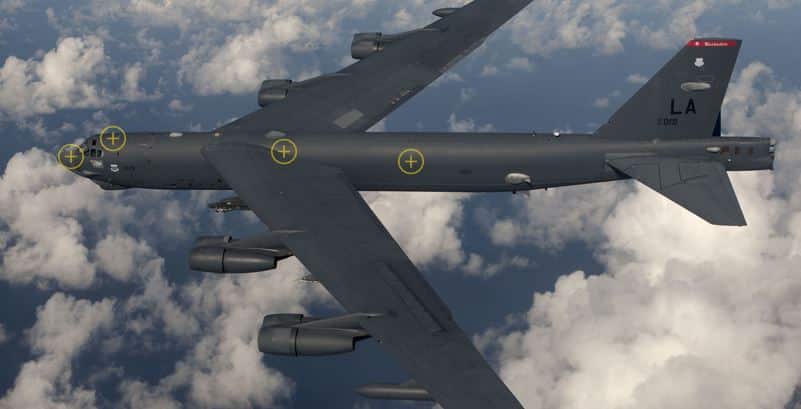 BENGALURU: The five-day Aero India 2019 at Yelahanka Indian Air Force (IAF) base in Bengaluru is set to witness the participation of several fighter jets and bombers of the US defence forces.

The major attraction from the US stable will be a fly-by performed by B-52 Stratofortress bombers. These bombers were assigned to the 23rd Expeditionary Bomb Squadron from Andersen Air Force Base, Guam during the inaugural air show on February 20.

This long-range, heavy bomber has been in service since 1954 and is capable of performing a variety of missions. The B-52 can fly at high subsonic speeds at altitudes up to 50,000 feet (15,166.6 meters) and is capable of carrying nuclear or precision guided conventional ordnance.

The B-52 is a five-crew bomber which is used to perform strategic attack, provide close-air support, air interdiction, offensive counter-air and maritime operations. The bomber has the potential to carry approximately 70,000 pounds (31,500 kilograms) of mixed ordnance: bombs, mines and air-launched cruise missiles.

Commenting on B-52's participation in Aero India 2019, US Ambassador to India Kenneth I Juster said that he was happy to support Washington's largest-ever US participation in the showpiece event of the IAF. Juster stressed that the US and India are committed to strengthening defence cooperation as India is a Major Defence Partner of his country.

A demonstration team for the C-17 Globemaster III assigned to the 535th Airlift Squadron, Joint Base Pearl Harbor-Hickam, Hawaii, and the F-16 Fighting Falcons assigned to the 35th Fighter Wing, Misawa Air Base, Japan will also participate at the Aero Show.

The US Naval assets will also be on display at Aero India 2019, including the F/A-18 Super Hornet from VFA-27 Marine Corps Air Station Iwakuni, Japan, and a P-8 from VP-47 Naval Air Station Whidbey Island, Washington.

A total of 28 companies from the US are participating in Aero India 2019.