The United States approved the sale of the armed drones to India. 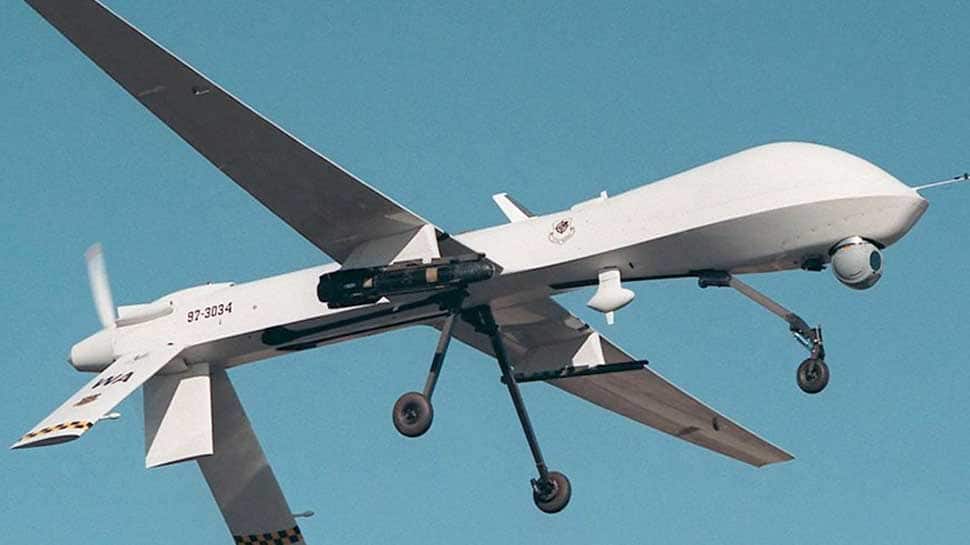 Washington: The Donald Trump Administration has approved the sale of armed drones to India and has offered integrated air and missile defence systems aimed at helping the country boost its military capabilities and protect shared security interests in the strategically important Indo-Pacific region.

The approval-cum-offer from the US came in the aftermath of the February 14 Pulwama terrorist attack in which 40 Indian soldiers were killed and the increasing militarisation and assertiveness of China in the Indo-Pacific ocean.

According to the officials, the Trump administration is ready to offer its best defence technologies to India.

"The United States approved the sale of the armed drones to India. We have offered integrated air and missile defence technology to India," a senior White House official told PTI.

The official, who spoke on the condition of anonymity, did not reveal when the sale of the armed drones to India took place.

During the June 2017 meeting between Prime Minister Narendra Modi and President Donald Trump, the US had agreed to sell surveillance version of the Guardian drones to India.

India was the first non-treaty partner to be offered a MTCR Category-1 Unmanned Aerial System the Sea Guardian UAS manufactured by General Atomics.

While the deal is yet to see the light of the day, mainly because of the delay in decision making process by India in view of the general elections, the US in recent months informed New Delhi about its decision to sell armed version of the Guardian drones.

The ball is now in India's court, a defence industry source told PTI.

The deal, if it happens, could be in the range of over USD 2.5 billion, the industry source said.

Close on the heels of armed drones, which will have its implications in South Asia and Indo-Pacific region, the US has also offered its integrated defense missile capabilities to India.

While officials are tight-lipped about it, the offer is said to be about two of its latest systems: Terminal High Altitude Area Defense system (THAAD), which is highly effective when used against long-range ballistic missiles and Patriot Missile defence system.

India, which has already signed an agreement with Russia to purchase S-400 missile defence system, is yet to respond to the American offer. The American offer, which came of its own, is currently being studied in New Delhi.

"We want India to have our best technology, and we want to see India improve its defence capabilities so that it can be a net provider of security in the broader Indo-Pacific region," the senior White House official, told PTI.

In a fact sheet on "US Security Cooperation with India" issued this week, the State Department joined the White House in trying to help strengthen its defence capabilities mainly due to the Indo-Pacific region.

"India plays a vital role in the US vision for a free and open Indo-Pacific," said the fact sheet issued by the Bureau of Political Military Affairs of the State Department.

Towards this end, in 2016, the US designated India as a Major Defense Partner.

Commensurate with this designation, India last year was granted Strategic Trade Authorization tier 1 status, which allows India to receive license-free access to a wide range of military and dual-use technologies that are regulated by the Department of Commerce, it said.

With a Communications, Compatibility and Security Agreement (COMCASA) and other enabling agreements now in place, US-India defense trade cooperation continues to expand, it said.

"We are now reaching agreements that we did not have before that allow us to consider sales that were incomprehensible five years ago," a senior State Department official told a group of reporters last week.

The choices that are made now will establish the framework for the future, the official said.

"We certainly have the ambitions for the broadest possible, deepest possible military relationship with India," said the official requesting anonymity.