The incident took place at a shop of a firecracker manufacturer in Rohta Bazaar in the district, reported news agency PTI quoting the police. 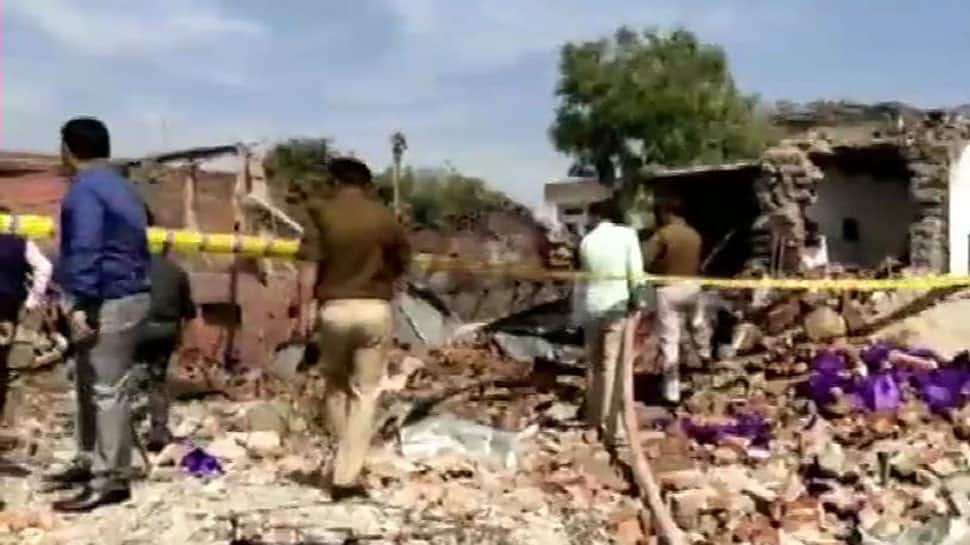 At least 10 people were killed and six others injured after an explosion in Bhadohi district of Uttar Pradesh on Saturday afternoon. Some people are also feared trapped in the debris

The incident took place at a shop of a firecracker manufacturer in Rohta Bazaar in the district, reported news agency PTI quoting the police.

The explosion was so huge that the building was razed to the ground and three adjacent houses collapsed.

Kaliyar Mansoori, who used to run the shop, is among the 10 deceased. His son was running a carpet factory behind the shop and its workers could be among those trapped under the debris, PTI reported quoting the District Magistrate Rajendra Prasad.

Locals claimed that Mansoori was also in the business of making illegal firecrackers.

Besides Kaliyar Mansoor, three deceased have been identified as Irfan Mansoori, Abid Mansoori and Chandu, while efforts were on to identify the other six. The injured have been admitted to the hospital, the district magistrate said.

Earthmoving equipment has been pressed into service to carry out relief and rescue works. Teams of forensic experts, NDRF and senior district officials have reached the site, he said.

In a first, India invited at Organisation of Islamic Cooperation meet as guest of honour