The notice issued by additional city magistrate (first) Rajesh Kumar, asks Congress leader Imran Pratapgarhi 'why Rs 1.04 crore spent on deploying force to maintain law and order in and around the Eidgah should not be recovered from him'. 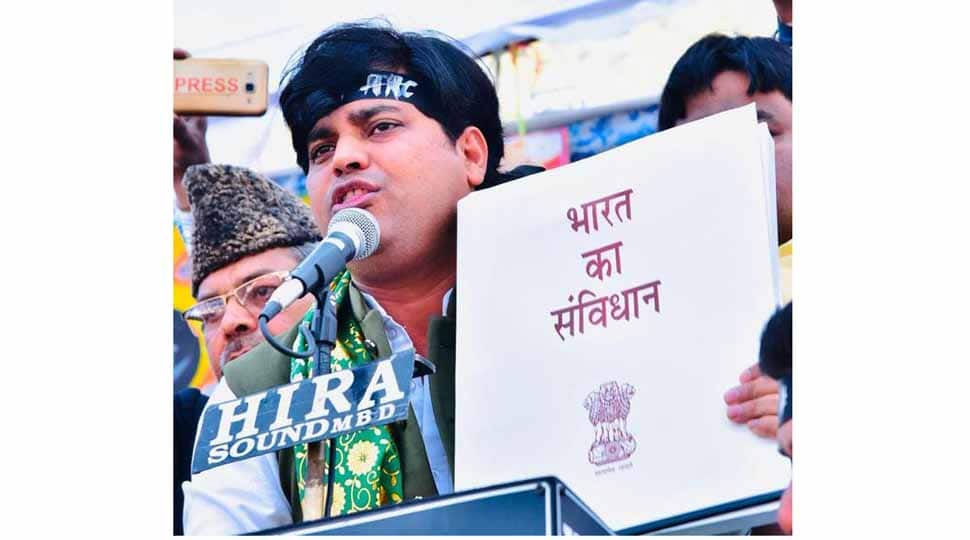 MORADABAD: Congress leader Imran Pratapgarhi, who had contested 2019 Lok Sabha polls from Moradabad on a Congress ticket, has been issued Rs 1.04 crore show cause notice for 'violating section 144' by addressing anti-CAA protesters at a sit-in in Moradabad.

The notice issued by additional city magistrate (first) Rajesh Kumar, asks Pratapgarhi `why Rs 1.04 crore spent on deploying force to maintain law and order in and around the Eidgah should not be recovered from him`.

Imran Pratapgarhi, who has termed the notice as `pressure tactics by the BJP government to silence opposition`s voice`, has been accused by the administration of allegedly provoking people of a particular community and fuelling enmity between two communities.

He said that the notice was issued on February 6. He has been asked to explain why he should not submit a personal bond of Rs 10 lakh with two sureties. Official sources said that Rs 13.42 lakh is spent per day on the police and paramilitary forces, including one platoon of Rapid Action Force, half section of Provincial Armed Constabulary and police force deployed at the Eidgah. So, the eight-day expense adds up to Rs 1.04 crore.

Pratapgarhi said, "I reached Moradabad on February 7. But, the notice was issued on February 6. Besides, I had informed the SP (city) as well as the administration of my visit so that they could provide me security. I reached the Eidgah directly. During my address, I also appreciated the police and administration for their support."

He further said, "I have been participating in similar protests and sit-ins across the country, but not received any such notice. Recently, I was in Lucknow where I addressed the people there. Local administration says that Section 144 is in force. But, it is actually for those who are opposing the government. Deputy CM Keshav Prasad Maurya was recently in Moradabad and addressed a large gathering in support of the CAA but for him Section 144 is not effective," he said.

People, including a large number of women, have been protesting at the city Eidgah since January 29, and such notices, according to an official, are "only precautionary measure to avert violent protests".

ACM Rajesh Kumar, however, explained, "The organizers of the dharna and Congress leader Imran Pratapgarhi have been issued notices. Since, Section 144 is in force in the district any such assembly is unlawful. Police had informed us on February 6 about his arrival the next day. So, we had to issue the notice on the same date. Such notices are issued as precautionary measures to warn those people who may pose a threat to law and order. No further action will be taken until any untoward situation erupts at the protest site. We mentioned an amount of Rs 1.04 crore in the notice. Imran has been instructed to submit a personal bond of Rs 10 lakh with two sureties."

The Moradabad administration has issued notices to at least 12 individuals, which include Imran Pratapgarhi. The official further said that 11 of them had already submitted a personal bond of Rs 5 lakh each. Pratapgarh was given seven days to respond which has now expired.