Uttarakhand rains: Death toll mounts to 46 due to flash floods and landslides

11 people are still missing in Uttarakhand. 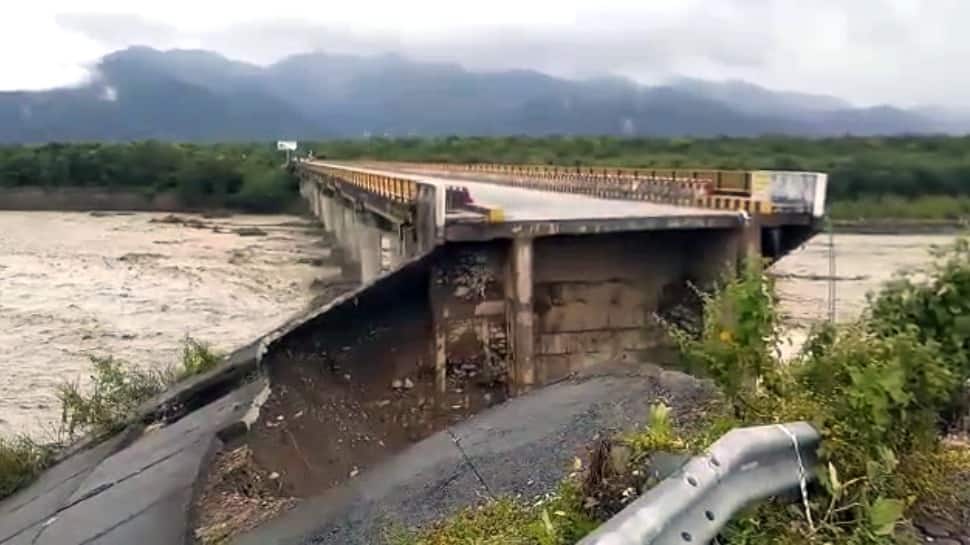 A portion of a bridge over Gaula river washes away due to incessant rainfall in Nainital on Tuesday (ANI Photo)
Share:
Written By:

New Delhi: The death toll in rain-battered Uttarakhand has mounted to 46 due to several incidents of flash floods and landslides in the past few days. Nainital, Almora and Champawat districts have accounted for the highest casualties in the Kumaon division.

According to the state's natural disaster incident report, as many as 12 people have also sustained injuries.

While one person has died in Champawat's Banbasa on October 17 following heavy rains, six deaths including three in Pauri, two in Champawat and one in Pithoragarh were reported on October 18.

On October 19, the state saw 39 deaths, of which, the most number of deaths (28) were recorded in Nainital, followed by six in Almora, two each in Champawat and Udham Singh Nagar, and one in Bageshwar.

As per reports, 11 people are still missing.

Dhami has also reportedly directed officials to prepare an estimate of the damage caused by the incessant rainfall. He has also announced to give Rs 4 lakh to the kins of the deceased.

Later in the day, Union Home Minister Amit Shah is also scheduled to visit the rain-hit state to take stock of the situation.

Earlier on Tuesday, Prime Minister Narendra Modi had expressed that he is anguished by the loss of lives due to heavy rainfall in parts of Uttarakhand.

"May the injured recover soon. Rescue operations are underway to help those affected. I pray for everyone's safety and well-being," he had tweeted.

I am anguished by the loss of lives due to heavy rainfall in parts of Uttarakhand. May the injured recover soon. Rescue operations are underway to help those affected. I pray for everyone’s safety and well-being.