According to Zee News sources, the water level of the Yamuna river reached 205.20 metres at 3 pm against the danger level mark of 205.33 metres. 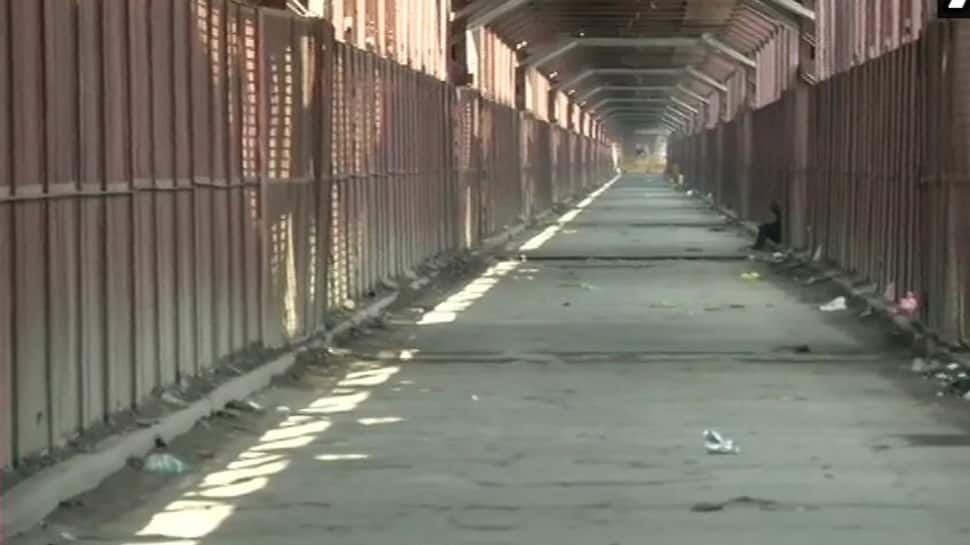 New Delhi: All vehicular movement on the old iron bridge, popularly known as 'loha pull' was on Monday afternoon stopped from both sides as Yamuna river in Delhi reached very close to the danger warning mark, Delhi Traffic Police said.

According to Zee News sources, the water level of the Yamuna river reached 205.20 metres at 3 pm against the danger level mark of 205.33 metres.

Taking to Twitter, Delhi Traffic Police said that the District Magistrate has ordered closing down of the old iron bridge over concerns of rising water level of Yamuna river till evening.

The water level in the Yamuna rose significantly after huge amounts of water from Hathni Kund Barrage in Haryana was released. Around 8.47 lakh cusecs of water was released from Hathnikund barrage on Sunday, which is the highest ever recorded water release.

Am meeting officers from all concerned depts at 1 pm to assess the situation and the preparations. https://t.co/gH7JKlSNSV

The Delhi government has issued orders for the evacuation of people from low-lying areas and civil defense volunteers have been deployed for rescue operations. The situation in Delhi is likely to remain grim over the next 48 hours as a flood alert has been issued in the region seeing the rising water level of Yamuna river. The Delhi government, Centre and the Governor are working jointly to ensure the safety of people.

Around 23, 816 people living in the low-lying areas would be evacuated to safety. They would be shifted to more than 2,000 relief camps set up across the national capital. Over 1,100 relief camps have been already set up with all the necessary facilities. Around 50 rescue boats have been stationed at over 30 locations to help people, as and when required.