Venkaiah Naidu asks students to be in forefront in fight against social evils, bigotry and prejudices

Naidu said that the future belongs to those who dare to dream and possess the courage, resilience and competence to create a better tomorrow. 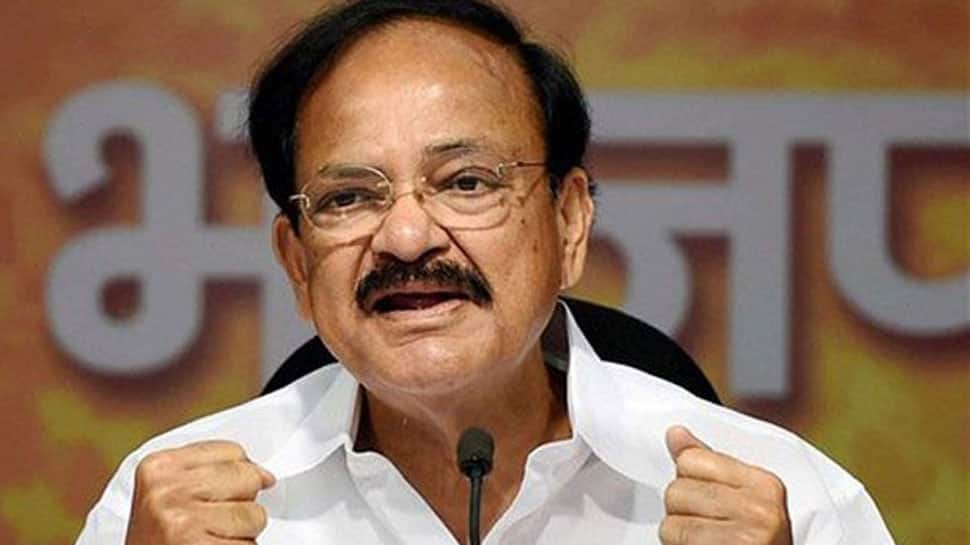 He asked the youth to develop a constructive attitude and focus on achieving perfection in whatever they do. "Learn to preserve traditional values, shun negativism, develop a positive attitude, be socially conscientious, peace-loving and affectionate," Naidu said.

Interacting with students of Delhi University at his residence, the Vice President said that it was 'Advantage India now'. With India consistently achieving a growth rate of more than 7 per cent for the past few years, he said that the Indian economy was projected to become the third largest in the coming 10 to 15 years.

Naidu said that the future belongs to those who dare to dream and possess the courage, resilience and competence to create a better tomorrow. He added that one must strive to build an inclusive and a prosperous New India and usher in 'Ram Rajya'.

Asserting that knowledge would be the driver of Indian Economy, he called for reorienting of the higher education system to make it globally competitive. "The overhauling of the education system should totally eliminate colonial mindset and teach real history, ancient civilization, culture and heritage and instill the values of nationalism among the students," he said.

The Vice President wanted the students to develop an attitude of gratitude, empathy, sharing and caring and told them to become sensitive to the needs of fellow human beings. "You must be in the forefront in the fight against social evils, bigotry,  prejudices and promote gender equity and inclusiveness", he added.

Emphasizing that the time has come for India to once again emerge as the global knowledge hub, Naidu opined that the seats of learning, especially the universities must reorient their ways of teaching, functioning and equip the students to seamlessly transit into the choice of their profession or enable them to become self-employed.

He referred to India's demographic advantage and stressed to provide adequate skilling and knowledge so that youth could become job creators instead of allowing job seekers.

Observing that India was being recognised and respected for its tremendous growth and age-old civilization values, the Vice President said the adoption of UN resolution declaring June 21 as 'The International Day of Yoga' by 177 countries was a testimony to India's growing influence.

Naidu referred to the seven sins listed by Father of  the Nation Mahatma Gandhi - Wealth without Work, Pleasure without Conscience, Knowledge without Character, Commerce without Morality, Science without Humanity, Religion without Sacrifice and Politics without Principle - and said that they must become the guiding principles for shaping the ethical values of individuals, society, country and the world at large.

He reminded the youth about the importance of Character, Calibre, Capacity, Conduct, compassion, hard work and discipline to achieve success and realise their dreams. He asked them to always remember five things - Mother, Mother tongue, Native Place, Motherland and Guru.