The current attire looks more like those worn by military personnel. It includes a deep blue winter uniform and a cap giving the look of a police or military officer. Earlier, the uniform was an Indian attire with a turban. 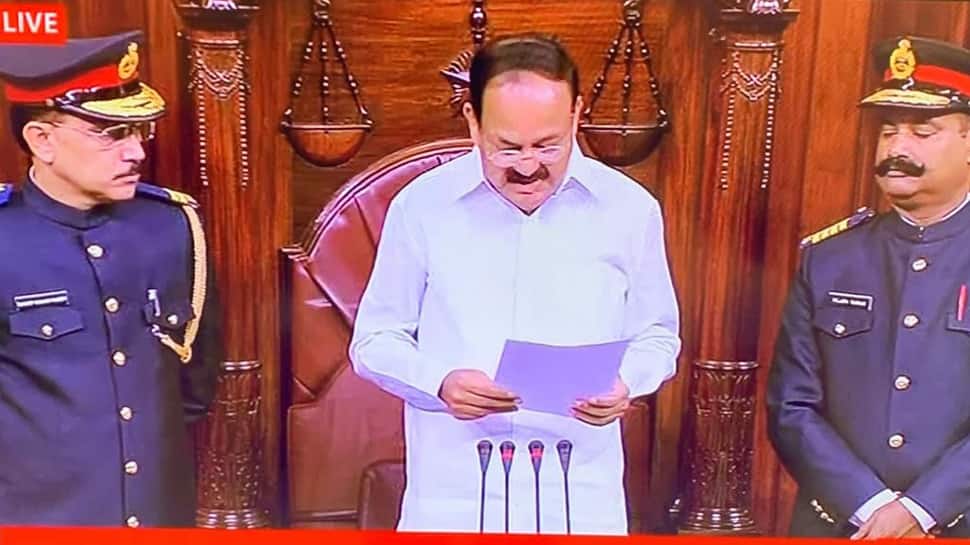 Rajya Sabha Chairman Venkaiah Naidu on Tuesday asked the Rajya Sabha secretariat to review the new uniform of House marshals, day after the new dress code, resembling those of military, sparked a row. The first day of the winter session of Parliament had a surprise for the Rajya Sabha members after the marshals were seen standing beside the seat of Chairman wearing a new uniform.

The current attire looks more like those worn by military personnel. It includes a deep blue winter uniform and a cap giving the look of a police or military officer. Earlier, the uniform was an Indian attire with a turban.

Retired colonel Sanjay Pande first raised an objection taking to Twitter and making a comparison between the two caps-- one worn by the Army and the other by the House marshals. "QUIZ. One peak cap is worn by Chief of Army Staff and one by Rajya Sabha Staff. Identify." he tweeted.

Many of the members of the House were surprised to see the marshals in new uniform abandoning the earlier attire. "It has happened perhaps for the first time. At least I don`t remember such change," a House member had said.

The Rajya Sabha is completing its 250th session in 2019. The house has 245 members and was constituted in 1952. On November 26, the Constitution will complete 70 years. A joint session has been summoned for the occasion.

According to news agency IANS, marshals of Rajya Sabha are likely to don white uniforms, resembling those of Navy officers, during Parliament sessions in the summer season.

'Ram Baraat' to go from Ayodhya to Nepal on Nov 21