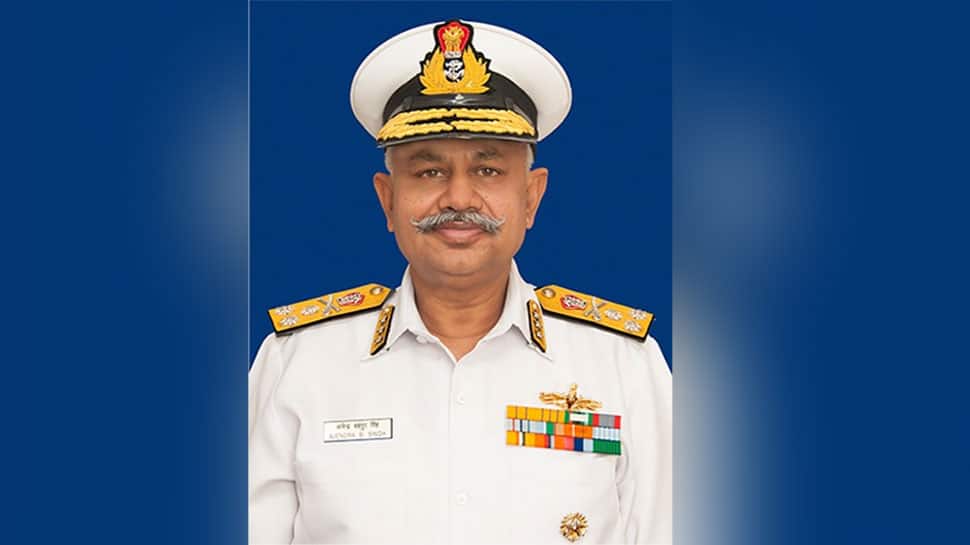 The press note said, "A specialist in Navigation and Aircraft Direction, the Flag Officer has served in a large number of operational naval ships. He was the Navigating officer of INS Kamorta (during Op PAWAN), and Destroyer Ranjit, besides being the Fleet Navigating Officer of Western Fleet during Op PARAKRAM."

As per the press note, Singh has earned his postgraduate degree from Madras University during the DSSC Course at Wellington, wherein he was awarded the Scudder Medal. The Flag Officer has also earned a Master Degree in Global Security from Cranfield University, the UK in 2005.

He was promoted to Two Star Flag Rank in 2012 and has served in important staff appointments of Flag Officer AOB Project, Assistant Chief of Naval Staff (Policy & Plans) at Naval Headquarters. Later he was selected for operational command the Eastern Fleet as a Flag Officer.

On promotion to Vice Admiral, in 2015, he was appointed as Dy Commander -in- Chief, Strategic Forces Command which deals with the Indian Nuclear Forces. He was the Chief of Staff, Western Naval Command at Mumbai prior to assuming charge on May 31.

The Flag Officer is married to Charu Singh and the couple are blessed with two daughters Ambika and Ajita.